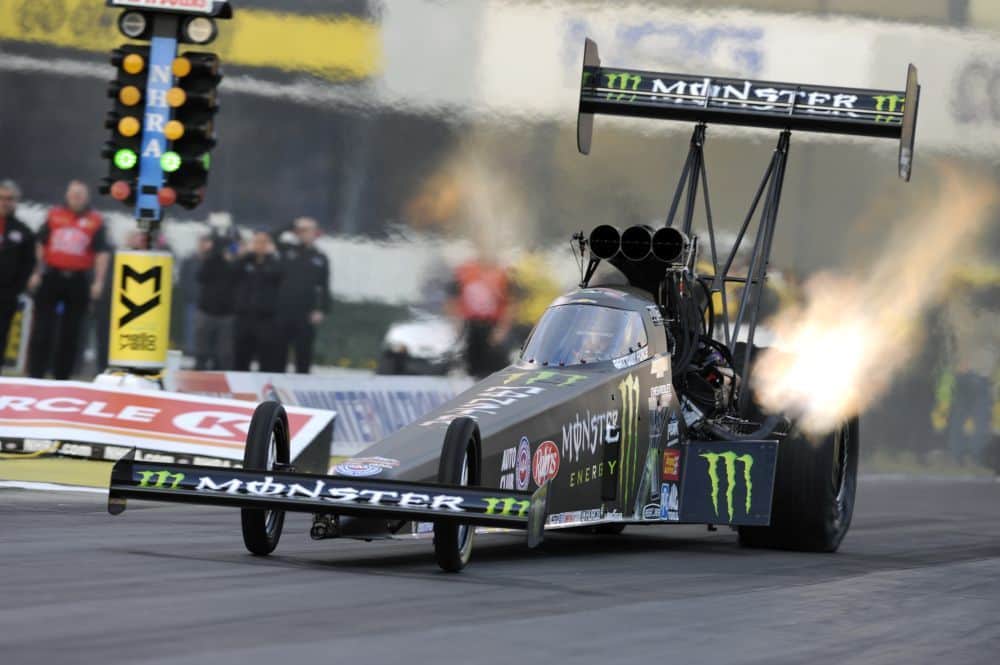 I frequently try to encourage my NASCAR colleagues here at Frontstretch to expand their horizons and take in an NHRA race. OK, technically, by his own admission, Matt McLaughlin is not new to drag racing, but I’ll take it. If you haven’t read his column from this week, I encourage you to do so.

I have in the past made an attempt to convey what it’s like to go to an NHRA event as a fan, and Matt echoed a lot of what I tried to get across. We’ll take that as validation. Ironically, I went to the event in Charlotte the week before Matt as simply a fan, bought a ticket and sat in the stands. I didn’t know it at the time, but it came in handy to read his article honestly from a fan point of view.

Admittedly, going to any race as media is not the same experience. Media have access to everyone and everything all the time, from behind the ropes in the pit to the media center where drivers are served up without having to leave the air conditioned comfort of one’s seat for the weekend, a seat usually located somewhere behind the starting line. Ear protection is really only needed if one opts to leave the media center. The soundproofing on that building is quite good.

I’d almost forgotten what it’s like to not just hear, but feel Nitro cars roaring past. It threatens to tear your heart right out of your chest and throw you off your bleacher seat. Matt’s right. It really is something that’s hard to explain to people who have not experienced it and there’s no way to replicate that part of the experience away from the track.

So with encouragement from two of us here at Frontstretch, go check out an NHRA event in your area if there is one. You won’t be sorry.

As for the business end of the sport, two races into the Countdown, it’s still mostly anyone’s game. After a season in which the Vance & Hines Harley-Davidson teams were all but irrelevant, Eddie Krawiec came to life at just the right time and now holds a somewhat surprising 71-point lead over the regular season dominant rider, LE Tonglet. This is the biggest margin in any of the four professional classes right now. Bo Butner is re-establishing why he was the man in Pro Stock, holding 41 points over teammate Greg Anderson and 42 over rookie phenom Tanner Gray.

The battles are even tighter in Nitro, with defending Funny Car champion Ron Capps holding off Robert Hight by just 8 points. Hight has backup in the person of teammate Courtney Force who trails by just 39. Top Fuel still belongs to Steve Torrence, but a couple of new shooters have stepped up to challenge him. Doug Kalitta and Brittany Force, both fairly quiet until now in 2017, trail him by 22 and 23 points respectively.

No rest for the wear, as the NHRA Mello Yello Series is off to St. Louis this weekend for the AAA Insurance NHRA Midwest Nationals.

But I thought Demons were banned in NHRA? Matt Hagan redeems himself against Leah Pritchett.

A great opportunity to learn a little bit about a family operation that doesn’t get quite as much press as the big teams, the Lagana brothers.