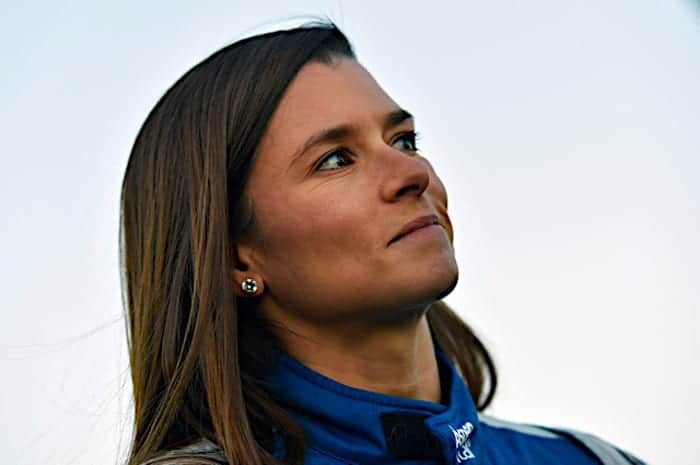 Two weeks ago, it was announced Danica Patrick was out of the No. 10 car following the 2017 season, leaving her future in limbo.

With eight races to go of her fifth full-time season in the Monster Energy NASCAR Cup Series, she’s only focused on bettering herself in NASCAR, not heading back to her old roots of IndyCar.

“I’m not planning on anything, going back to IndyCar,” Patrick said on Friday at Dover International Speedway. “Never say never as I’ve said for many years because I’m getting so old and I know things can change. My life changes in ways that I wouldn’t expect it every couple of years. You just can’t cross off anything on the list completely.”

In 182 career starts, Patrick has seven career top-10 finishes. Her lone such finish of 2017 came at Dover in June, avoiding a pair of late race incidents to round out the top 10.

Patrick, 35, had the best four-race stretch of her career over the summer, placing inside the top 15 in four consecutive races. She kicked the stretch of races at Kentucky Speedway with a 15th-place effort, ending it at Pocono Raceway, also in 15th.

But because of that, and competing with Stewart-Haas Racing for the past five seasons, the question is: Did she receive the same equipment as her SHR teammates?

“My very first engineer in IndyCar uses a reference that comes to mind. He called it the “100 Hand Theory”. If you stick one hand out the window, it doesn’t make a difference. If your stick 100 (hands) it does. All those small, small, small little details that stack up to make something special that goes out on track, yeah, that’s something that always hasn’t been there. I do think that I’ve always had good equipment.”

Patrick’s career defining moment in NASCAR quite possibly may have been her pole winning run for the 2013 Daytona 500. Throughout that event, she competed inside the top 10, beginning the white flag lap in third, before finishing eighth.

In her five other starts for the Great American Race, Patrick has a best qualifying effort of 12th earlier this season.

“The one that will stand out is qualifying on the pole for the Daytona 500 as the media results of that were something like winning the fourth biggest race of the year, even though it’s just for qualifying,” Patrick mentioned. “That one will be the biggest one that will stand out. There have been lots of little races along the way that I have felt have been much more difficult and much more representative of the hard work that I’ve put into the sport. But those don’t stand out because those weren’t wins or top fives.”

What a dim bulb. Indy doesn’t want you back. How can you pretend to be so oblivious to the fact that your stats suck and you aren’t a driver worthy of a top tier ride in any series and that you were lucky to keep your ride as long as you did with those stats. Keep playing coy and acting like you are a star driver and that there were a million different reasons, other than you, as to why your stats suck.

She would practically be guaranteed a Top 20 finish every week within benefit of free passes or wave arounds.

*should read without benefit of free passes or wave arounds

She should be more worried about who wants her than where she won’t go.

A legend in her own mind, just ask her. What an effing jerk.

And those of us who may be happy to see her go will be trying to figure out how to make this months mortgage payment. At the same time her accountants will be totaling up receipts from all the businesses she has built and acquired from the proceeds of her time in nascar.
Guess we showed her, right?

racing ability has nothing to do with how much money anyone has. You have actually proved the point about why she no longer has a ride…they are paying her tons of money and she isnt doing anything in return for it such as running up front or even coming close to resembling a driver who might have a shot at a win. Bye felcia

Well duh. The same could be said about Paris Hilton, Kim Kardashian, and a pile of other people that have found a way to market themselves with questionable skill sets or talent and got rich doing it. What’s your point, that capitalism and success doesn’t favor the best? I agree. Thanks for pointing that out Captain Obvious.

No. My point was one that so many single her out as a failure. And given the equipment, or at least the teams she has been with she probably has been.
BUT, any more so than the majority of guys why compete for years and never come close to winning?
That was my only point, she like they will just be a footnote, but she unlike most of them made a ton of money.

Who really cares if she comes back to racing. There is one major goal in racing and that is to win, something she hasn’t even come close to doing in Nascar. A coupke(?)top 10’s, NO TOP 5’s and NO WINS. I think Nascar can make it without her. Thank you very much