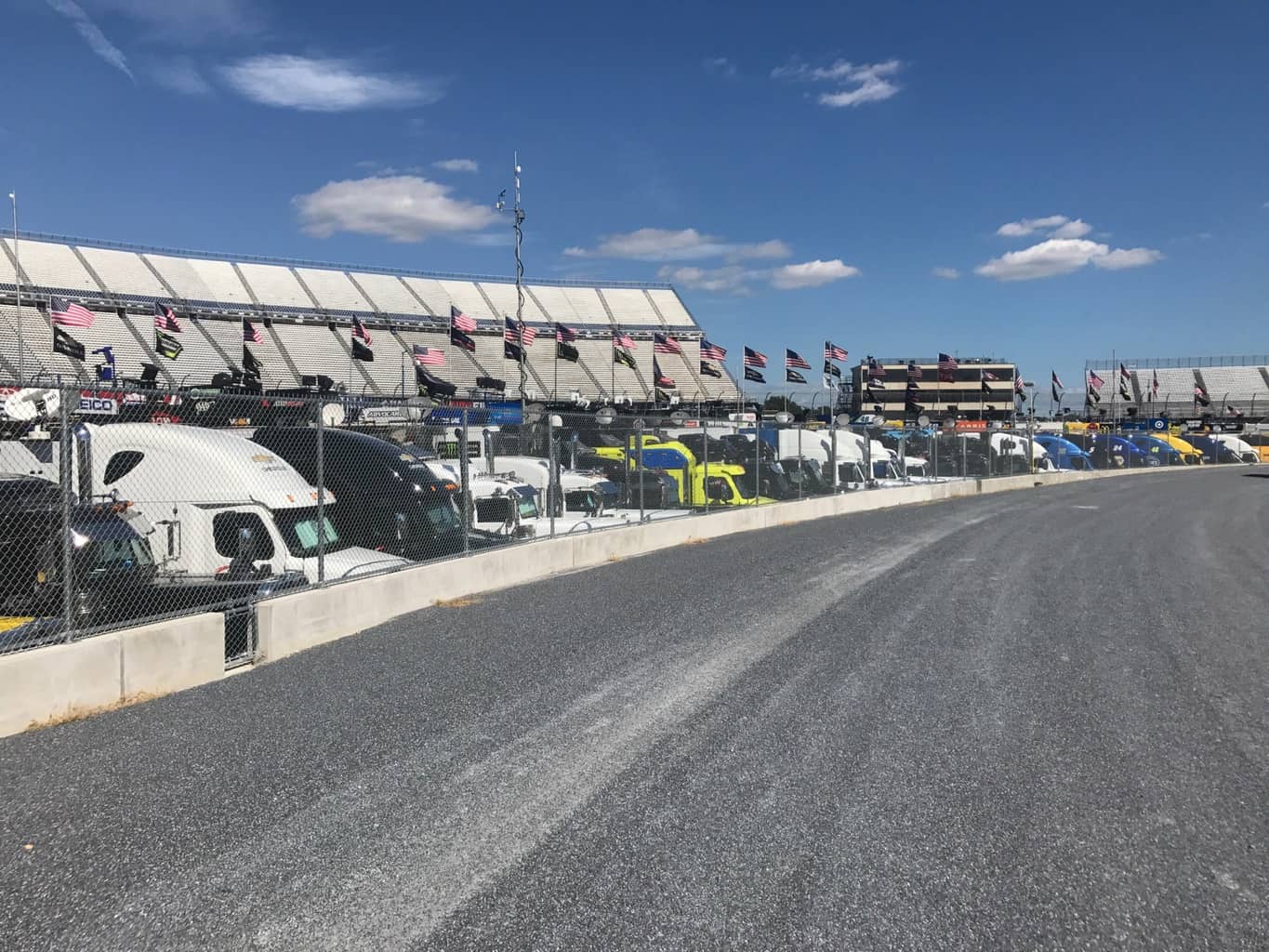 At Dover, the racing community had its chance to react. On Friday, Ryan Newman and Austin Dillon, both of whom drive for Richard Childress Racing were asked about those comments from their car owner. The duo were among several drivers offering messages of support.

“I was doing some deer hunting this week,” Newman said. “I drove up to Maryland, and I passed a Greyhound bus and I didn’t see a single employee of RCR or ECR on it, so I think everything is fine.”

When asked if they thought Childress had taken away any choice from his employees of protesting, the pair of teammates responded.

“I have no clue. But for me, I stand for the national anthem, for those that give us the right to go out and race every weekend,” Dillon said.”For me personally, when I go out there, I think it’s an honor to stand during the national anthem and have my hand over my heart and stare at the flag. I enjoy that part of my weekend so I can give a little bit back to those who have given their lives to allow me to go race. So, that’s where I stand, personally. I can’t talk for anyone else.”

“I have to say that the word ‘protest’ is kind of conflicting in my mind,” Newman added. “I don’t think that there is anything to protest when it comes to why I personally stand for the American flag. I think it’s all about liberty and justice for all, and that’s the freedom that we have, and we should all be thankful for that. And if you have the ability to stand, that’s the way I was taught to treat that moment, was to stand. If everybody else was taught differently, it’s news to me.”

Danica Patrick also faced the question about the comments from Petty and Childress.

“If you think something should be done differently and you might sacrifice your job then that’s your choice,” she continued. “It’s your choice the other way too. In general, there’s plenty of platforms to speak your mind. So if it comes as interference to put food on your table or doing something that you love I think that you should probably go by the rules.”

Dale Earnhardt Jr. took Twitter by storm earlier in the week for a tweet he put out regarding the protests.

On Friday, he gave more insight onto his feelings.

“I have always stood for the anthem and I always will,” Earnhardt said. “But, I am not quick to rush to judgement to somebody that will and wants to do something different. We have a podcast that we put out every Tuesday and we had a pretty good discussion on that, which pretty much summed up my position. And I feel confident that anyone that listens to that will know exactly how I feel.

Other drivers, such as championship leader Martin Truex Jr. and Jamie McMurray were asked about the comments from Childress and Petty but declined to comment.

The Booger Flicker has not a clue…and somebody definitely told him about the JFK quote. LOL.