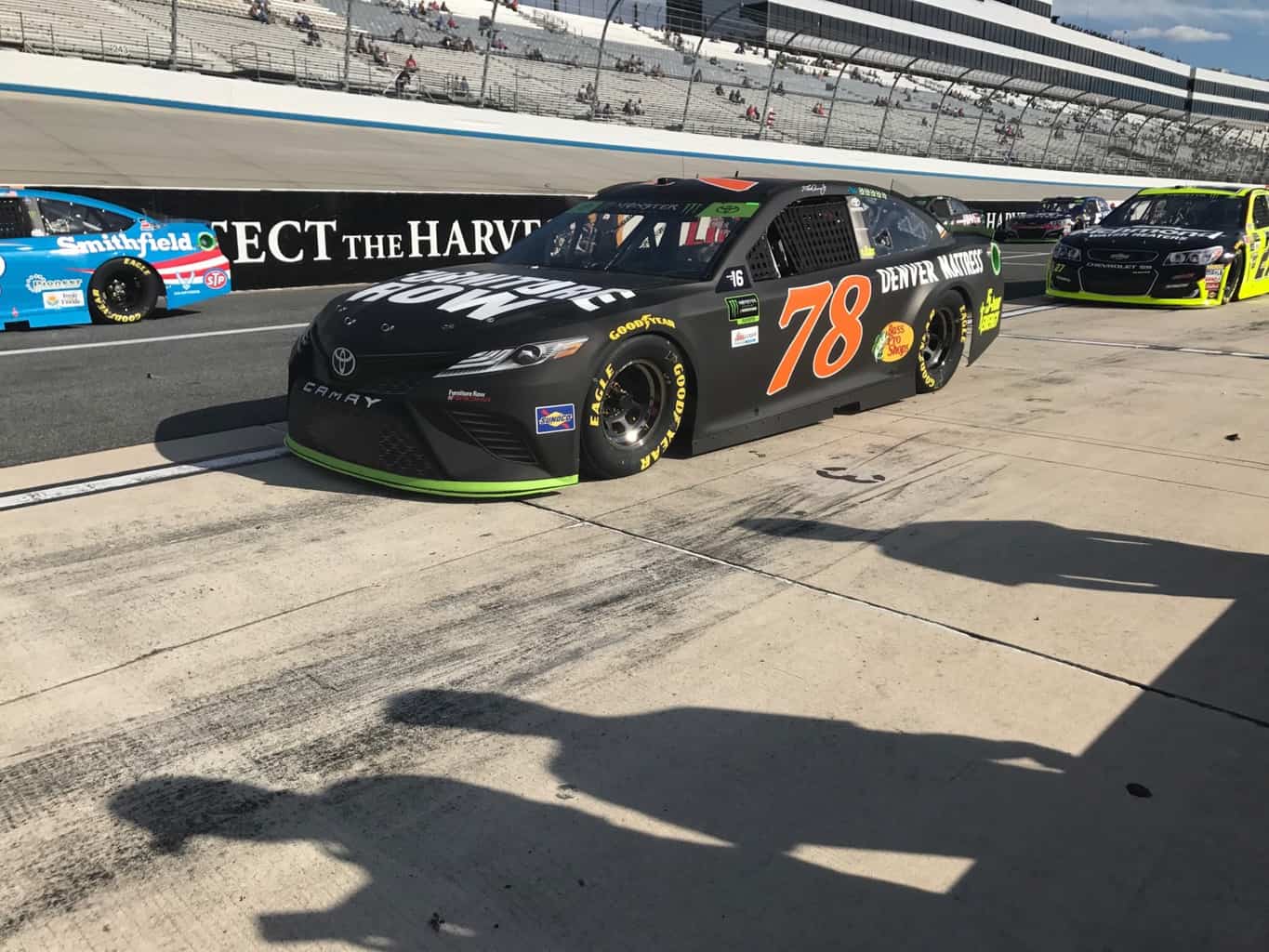 On Friday afternoon, Martin Truex Jr. was the fastest person at Dover International Speedway, scoring his second pole of the season. The No. 78 car ran a lap of 160.664 mph, sharing the front row with Kyle Busch (160.392 mph), in a reversal of the spring race at the Monster Mile.

This marks the fifth time in 2017 that the Nos. 78 and 18 cars have shared the front row, and the first that Truex has led them to the green flag.

“Overall, I think today was a good day,” Truex said of his pole-winning run. “Goodyear brought a new tire here this afternoon for this weekend, and I thought we were off a little bit at the start of practice. We chased the balance a bit and made some changes and felt like we were pretty close at the end of practice.”

This is Truex’s third career pole at Dover, and first since 2011.

Kyle Larson was the best of the rest, ending the qualifying session in third (159.986 mph). He split five Toyotas that made up the first six positions. Matt Kenseth was fourth (159.972 mph) and Daniel Suarez rounded out the top five (159.893).

Out of the three drivers who are within a point of the cutoff line heading into Dover, Newman had the best Friday in eighth. It’s his best qualifying effort since the Brickyard 400, where he started eighth and finished third.

“We started in qualifying trim and kept it that way,” Newman said, “We were a little bit better in Round 2 than Round 3. My weakness was probably getting over the bumps through [Turns] 3 and 4. We’ll keep digging.”

Newman’s closest competition for the final cutoff position was Ricky Stenhouse Jr. in 15th. The No. 17 car comes into Dover in a tie with Austin Dillon, who placed 23rd.

Spring winner Jimmie Johnson turned the 17th quickest lap, but was happy with the speed the No. 48 car had off the truck. His last top-five finish of the season was his victory at the Monster Mile at the beginning of June.

“The condition changed quite a bit from practice to qualifying,” Johnson said of his run. “I was caught off guard by how much the track changed. We just need to make the car fast.”

Jamie McMurray was the only playoff driver that didn’t advance to the second round of qualifying. The No. 1 car will roll of 26th on Sunday.

The Cup Series will have two practice sessions on Saturday, the first beginning at 10:30 a.m. ET. Final practice is scheduled to get underway at 1 p.m. ET. Truex is the defending winner of the event.

At least J-Jo showed enough speed to out qualify Danica by two tenths.

And the 83 showed up so Brian didn’t need Cope in the race to bring out any cautions. He had the other usual volunteers.