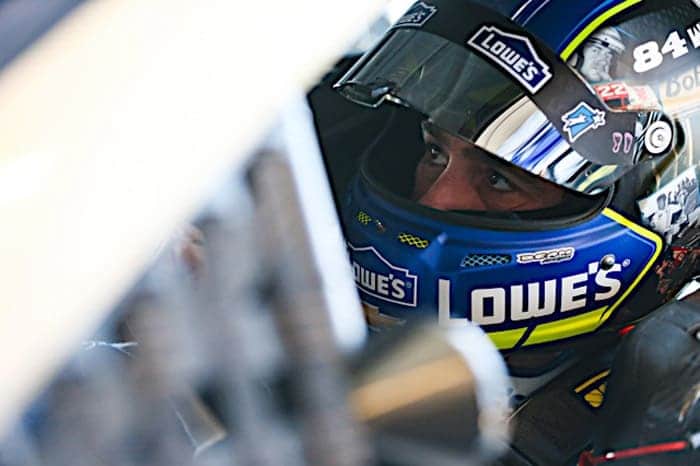 DraftKings’ daily fantasy NASCAR heads to Dover International Speedway this weekend for the Apache Warrior 400. This is the third and final event in the first round of the Monster Energy Series playoffs. The green flag flies Sunday afternoon at 2 p.m. ET on NBCSN.

The DraftKings strategy for short tracks is much different than any other type of oval. A smaller track means more laps, which means that you want to find drivers who will run up front and lead. Unless there is a great value play for someone starting towards the back, it is crucial to pinpoint drivers starting towards the front. Track position is also key.

With Martin Truex Jr. and Kyle Busch starting on the front row, they are again the two dominator favorites. Below are two other drivers that will also have a good daily fantasy run this weekend.

This week’s fantasy forecast is brought to you by DraftKings, the No. 1 platform for Daily Fantasy Sports. You can jump in on all of the daily fantasy NASCAR action at Dover this weekend by signing up at this link for a free entry into one of this weekend’s contests. All you have to do is make a $5 deposit to get started!

Johnson has hit a rut during the second half of the season. While five straight top-15 finishes may not be considered a slump to over half the field, it is for the seven time champion. He hasn’t led a lap since Daytona in July, and has not recorded a top-five finish since his win at Dover back in June. This race is one that the No. 48 team had to have circled on the calendar when looking towards the playoffs.

Johnson is the all-time leader at Dover in both wins (11) and laps led (3,100). The team rolled the car off the trailer and ran third in opening practice on Friday. Later that afternoon, Johnson struggled in qualifying, placing himself 17th for the race on Sunday. In Saturday’s early session, he once again searched for top tier speed and ranked 19th. The team made necessary adjustments and when the closing flag flew for final practice, he ended the day second on the speed charts.

This is a big weekend for Johnson, who is looking to guarantee himself a spot in the second round. He has the speed now to climb from the middle of the pack and into the top five on race day.

McMurray is currently nine points above the playoff cutline, so it’s not necessarily a must-win situation this weekend. Either way, he will need to outrun Ricky Stenhouse Jr., Austin Dillon and Ryan Newman in order to lock his spot to the next round.

The changes made to the car between Friday and Saturday completely changed how the it handled through the corners. As a result, Jamie was fourth fastest in Saturday morning practice, and sixth fastest in final practice.

McMurray finished seventh at Dover in June after starting 19th. He has three top-10 finishes at the track over the past five races. He will be starting 26th for this race, so he has huge mover potential. If he rips off a top-10 finish, that 16 points in the bank from position differential. 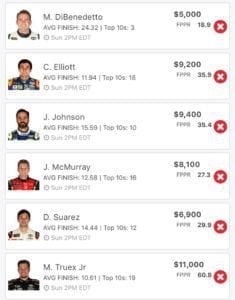