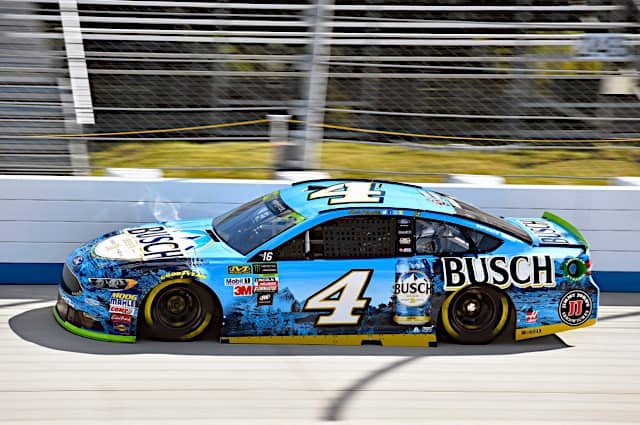 Coming off a week in which Kevin Harvick recorded his first career DNF at New Hampshire Motor Speedway, the No. 4 car is awfully quick this weekend at Dover International Speedway.

Harvick qualified ninth, but shot to the top of the board early in Saturday’s morning practice session, and held the top spot throughout the one hour practice with a speed of 156.535 mph.

Pole-sitter Martin Truex Jr. was slotted in 21st, while front row counterpart Kyle Busch was in 12th. Both Ricky Stenhouse Jr. and Austin Dillon struggled throughout the session, mired in 20th and 26th, respectively. Dillon was the slowest of the 16 driver playoff field.

Brad Keselowski was 16th on the chart, but ran 58 laps, the most in the session. 19 drivers made a run of 10 consecutive laps with Kyle Busch topping the chart at 155.165 mph.

There were no incidents in the session, but 11-time Dover winner Jimmie Johnson was called to the NASCAR hauler for speeding down pit road, while XFINITY Series teams were bringing their cars to the grid for qualifying, which followed practice.

Final practice for Sunday’s Apache Warrior 400 is slated to get underway at 1 p.m. ET.