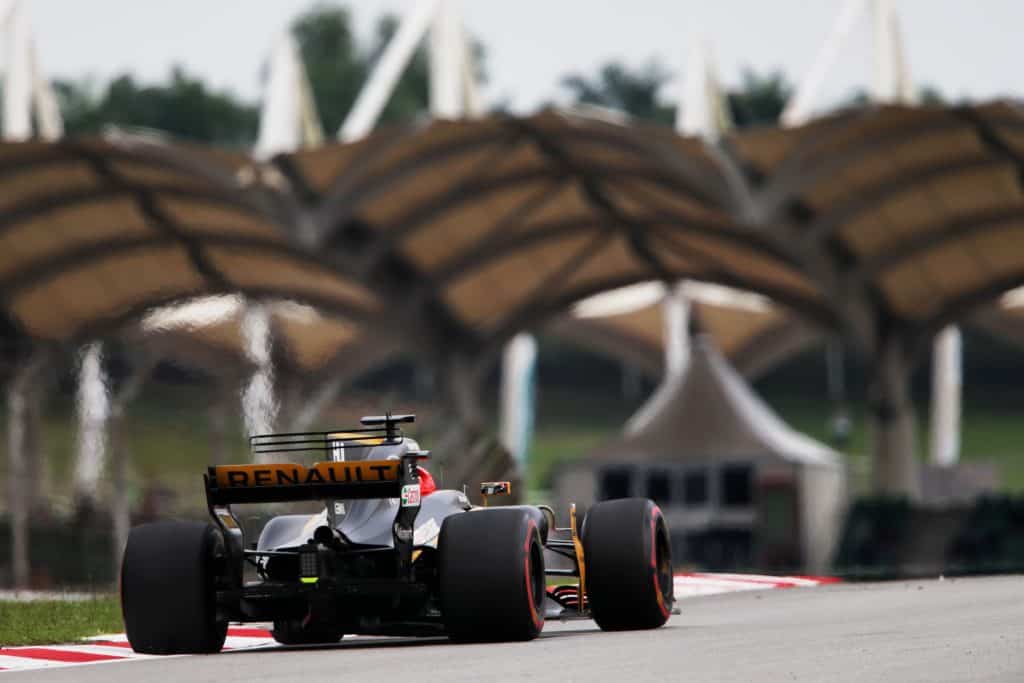 This weekend, Formula 1 returns to Sepang International Circuit for the Malaysian Grand Prix.  The race comes in a bittersweet fashion as this will be the last F1 event at the track for the foreseeable future.  The government, who backs the race, has withdrawn its support amid rising prices and decreasing attendance.  Surely, having such a trend emerge brings a scrutinous eye to the annual proceedings, and the Malaysian government thusly decided that the return was no longer there.

When the race began, 19 years ago, it was meant to be a lure to tourists, as an attempt to open the market.  In many ways, it succeeded, as the race was a popular event for a number of years; and the track beloved by the drivers and teams.  The race also worked as a way to get F1 into the southeast Asian market to capture new fans.

The problem is that the Malaysian GP bred success.  The Chinese GP soon followed in 2004, as did the Singapore GP in 2008, then the Korean GP in 2010, followed by the Indian GP in 2011.  The competition in the market made it difficult for the MGP to stand out in the crowd.

What’s funny is that the Indian and Korean GPs have both folded, which might lead to the MGP regaining its foothold but that has not been the case.  It is the Singapore GP, which is about 175 miles away, which has seemingly stolen the business.  As a spectacle, the SGP is tough to beat, with it being the sole night race on the schedule, and the tight streets being a formidable opponent to the drivers.

In some ways, the MGP is a victim of its success, but it is also a symbol of the sport’s desire to ever reach new markets and rake in what they can.  The shifting focus to the Middle East and Eastern Europe has meant that a race like the MGP is not as ‘necessary’ as it once was.
It’s too bad.  It’s a wonderful track.

– In what is a strange omen for the sport’s denouement with Sepang International Circuit, Romain Grosjean nailed a sewer cover in FP2, detonating his right rear tyre and sending he and his Haas into the barriers.  The grates are found all over the track with some being bolted down and others welded into place.  It seems that the welding gave up and Grosjean was the unfortunate victim.

Sure the track has aged and if it had remained on the schedule there was murmuring about it needing upgrades, but an incident like this almost seems like the track taking its revenge.  That may be melodramatic, but sometimes things happen like that.  Then again, it could be read as all the more reason for the series to leave the Malaysian GP off upcoming calendars.

– A number of fresh faces took to the paddock for the practice sessions at Sepang.  Charles LeClerc enjoyed time in at Sauber, while Antonio Giovinazzi put in some laps with Haas.  Both drivers are part of the Ferrari development system and may be competing to move into a ride in F1 next season.  The same could be said of Sergey Sirotkin who turned laps for Renault, the hope of taking Jolyon Palmer’s soon to be vacated seat.

The big change came at Toro Rosso where Pierre Gasly is taking over for Daniil Kvyat for the next two races.  Gasly is considered a future star and Kvyat’s underwhelming results have merited the two-race tryout for the French driver.  That he has kept up with teammate Carlos Sainz is a solid example of how the move looks like an excellent one.

– From a behind-the-scenes perspective, Marcin Budkowski, former head of the FIA technical department, has created quite the row.  Budkowski turned in his resignation papers this week, which was all well and good.  Then word leaked that he might/would be joining Renault next year.

The big issue here is that as head of the sport’s technical department, he was the go-to person for all car-related questions.  For every upgrade or part change, teams would talk with Budkowski.  That puts him in position to be well informed as to what teams are doing and how they are moving forward, knowledge that he would have at his disposal when trying to increase the performance of Renault.  As can be expected, the other teams have expressed a simmering sense of outrage.  This issue will be an interesting one to follow.

– While the MGP may be gone after this iteration, the Chinese Grand Prix is secure for another three years.  This announcement comes as no surprise as the event has been well attended and both the sport and the country have a similar sense of importance toward maintaining its place.  The one wrinkle is that it will be taking Bahrain’s spot on the calendar, in April.

– Silly season has been an interesting one, but the amount of change has been minimal.  Williams remains one of the wildcard teams.  Marcus Ericsson of Sauber, Robert Kubica, and Paul di Resta late of Formula E are all in contention for the seat occupied by Felipe Massa – who is also in the running.  Kubica is the unrealized talent, di Resta would be an interesting choice, and Ericsson is unknown because of Sauber’s pace but does bring financial backing.  There’s still question as to whether or not the team might go for a young, unproven driver however.

The driver to keep an eye on will be Max Verstappen.  He celebrates his birthday over the weekend and is hungry to show that his disappointing results this season are not indicative of his talent.  A number of mechanical issues have felled him, but he’s also taken himself out a few times.  A good clean race with a podium finish would be a solid birthday present.

The Sepang International Circuit is 3.4 miles long with 15 turns, with minor elevation change throughout.  It opened in 1999 and has hosted a race every year since and features the second longest straight away on the circuit.  Rain is often a factor at the track, with downpours a regular occurrence.  Of active drivers, Vettel leads the way with four victories, with his last coming in 2015.  The race last year featured a mix of peculiar occurrences, as the leaders, Nico Rosberg and Vettel collided, forcing Rosberg to the back of the field and Vettel out of the race; which was followed by the midpoint retirement of race leader Hamilton.  Daniel Ricciardo capitalized and earned the win with his Red Bull teammate Max Verstappen taking second.

As always there is drama surrounding a F1 race, and I think you summed it up nicely.

And then to top it off Ferrari, fresh from the debacle in Singapore, shows surprising pace in practice. Then of course, an engine change for Vettel in the last practice, a hasty change, and voila! P20 as he didn’t set a time.

Seems like the boys from Marenello might want to dig out whatever notebooks Ross Brawn left lying around about procedures and best practices.