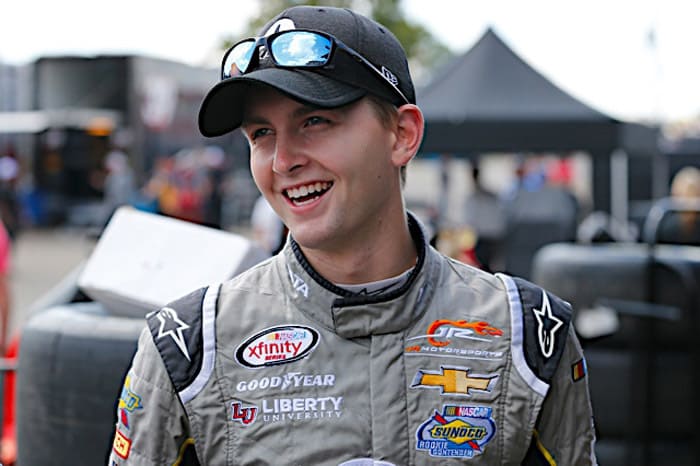 After turning the fastest lap in each of the first two rounds of qualifying, William Byron captured his second career XFINITY Series pole on Saturday at Dover International Speedway.

“This place is so demanding, you’ve got to drive to the very limit in qualifying,” Byron said of the run. “We did that. The car was really good and responded to it, and I’m proud of these guys.”

The first-career pole for the Charlotte native came at Phoenix International Raceway earlier this season, where Byron finished the afternoon in fourth position.

Blaney swept the pair of practice sessions on Friday, making many long runs.

Six of the 12 drivers failed to make it to the final round of qualifying. Matt Tifft was unable to make a run during the 10-minute session due to a leak in the right rear tire, placing 23rd, after turning the 10th quickest time in the opening round.

The No. 19 crew will have to change the right rear tire prior to the 200-mile race and start from the rear. In two career starts at Dover, Tifft has a pair of top-10 finishes.

The green flag for the Drive Sober 200 will begin shortly after 3 p.m. ET. Suarez is the defending winner of the event, leading 123 of 200 laps en route to his second career victory.