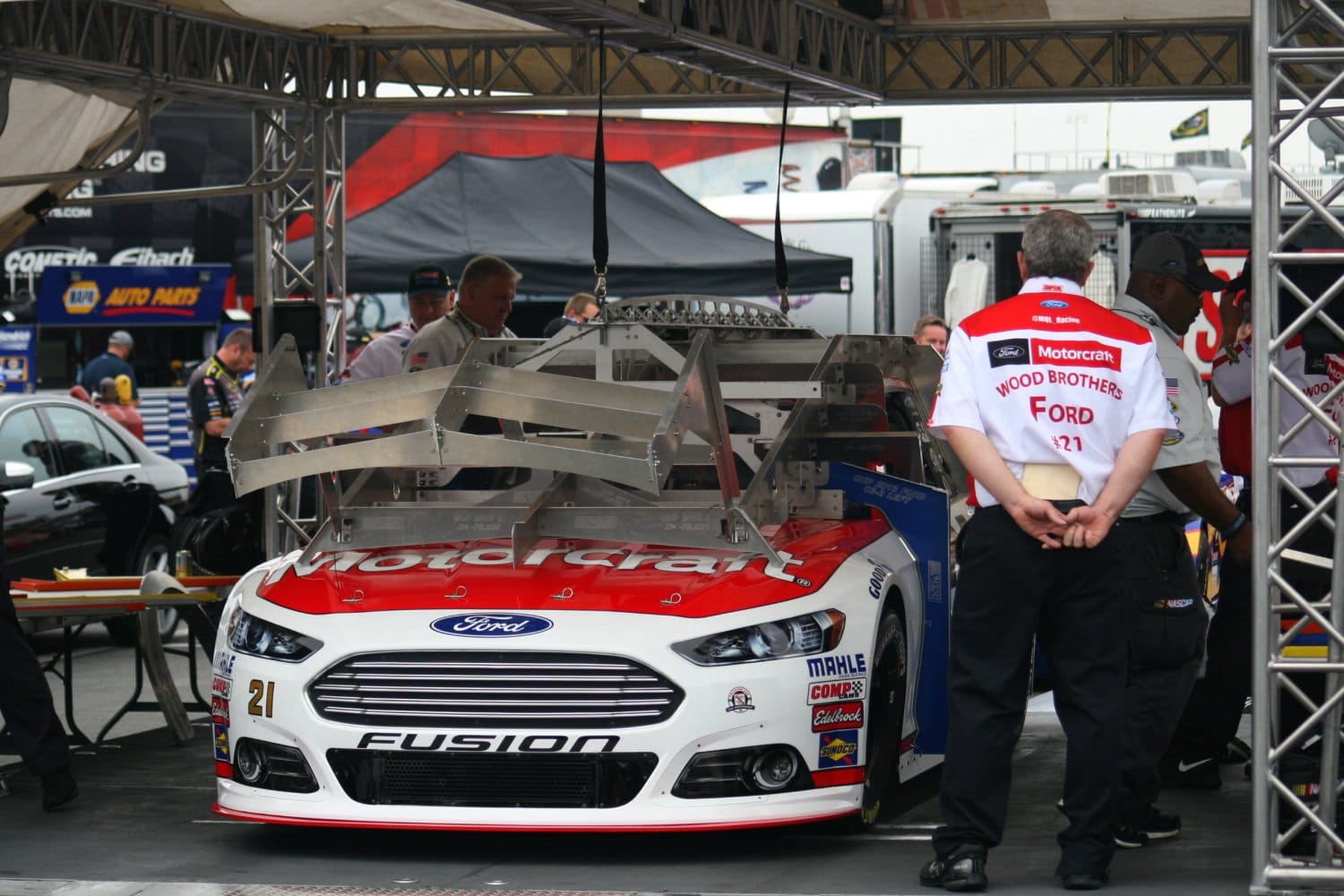 The last few seasons, the rules package for the Monster Energy NASCAR Cup Series has seen a significant reduction in downforce. On Tuesday, NASCAR announced that wouldn’t be the case for 2018.

The 2018 rule package will see less changes from 2017 with a few minor changes. Gene Stefanyshyn, NASCAR’s Vice President of Innovation and Racing Development, told NASCAR.com the goal of the package is to “hold things” and let teams “settle down” before making more changes for 2019. The lack of adjustments will also help the sanctioning body implement the new camera-based inspection process replacing the Laser Inspection System. This method of inspection was seen at Chicagoland a few weeks ago where it made its first test run on select cars.

In the safety department, an Incident Data Recorder (IDR) powered by car batteries are being added to improve the quality of pre-crash data. Cars will also now have a high speed in-car camera to enhance the analytical capability of crashes. The camera will be located to the driver’s right in the cockpit.

“When we run vehicle power, (the IDR) will be looping and we will be able to catch the frames or the information pre-crash which is very, very important as opposed to at-crash start,” Stefanyshyn said. “We can actually go back in time and watch as that develops.”

This move gives NASCAR an opportunity to do more in-depth investigation into crashes for any number of reasons while the on-board camera provides an opportunity to see how the driver reacts. Aric Almirola’s wreck at Kansas comes to mind as an incident the sport can now learn from directly.

Also previously released is the fact teams will have to run multiple engines in multiple races.

Cup teams will have to use 13 short block engines (engine block, crankshaft, camshaft, connecting rods, and pistons) for two full race weekends next season. The teams can choose what two events those will be. The engines will be sealed between points races to prevent any tampering.

Teams will be required to compete with a long, block-sealed engine (engine block, crankshaft, camshaft, connecting rods, pistons, oil pan, cylinder heads, and valves) at the Clash at Daytona and the All-Star Race in Charlotte. The engines to be used in the Clash will be sealed after they are run at Talladega this October.

NASCAR also announced earlier this year that the single-engine rule will be enforced for all Cup events. Previously, teams had been allowed to change engines between the Can-Am Duels and the Daytona 500. That won’t be permitted in 2018.

Also previously released this year, if you go to a backup car you will have to start at the back of the grid no matter when in the weekend you roll it out. Previously, if you crashed your car before qualifying you’d maintain your starting spot. That will not be the case in 2018.

MORE: Backup Cars to Start at Rear of Field Beginning in 2018

I apologize if this is a stupid question but… With the one engine per race, must be used twice rule, what happens if an engine is blown during practice or qualifying? On the bright side, this should be the end of the post race burnouts…

Bill B
Reply to  Chuck

Good question.
I have no idea and it wouldn’t surprise me if NASCAR hadn’t thought it out that far. It better be something more substantial then starting at the back of the field or it will be meaningless.

its a good question. Because as you say starting at the end of the field would be meaningless.
Unless they do like F1 and make them start from the pits. My guess however is that it will be a fine or penalize practice time in the next race. Something equally meaningless.

I’m sure that there are many scenarios that will arise that Brian in his infinite wisdom hasn’t foreseen.

I like reading things like “universal rear gear” and “reduce…development.” Reminds me that even if I could get past the convoluted points and silly stages, the kit cars would continue to be kit cars. Nothing to see next year either. And less to read all the time.

Composite bodies anyone? That would actually make some sense. Of course then the teams would probably still spend millions trying to cheat on that one.