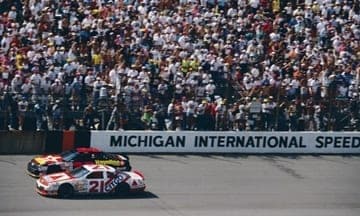 Championship car owner, engine builder, and NASCAR Hall of Fame inductee Robert Yates has passed away at the age of 74.

Yates was diagnosed with liver cancer late last year. He first underwent treatment on October 31, 2016 but the prognosis gradually worsened. Unfortunately, his fight to beat the nasty disease has come to an end.

My Dad and Hero, Robert Yates, has passed and is with the Lord. Thanks for all the prayers and support. pic.twitter.com/hxa0wfdZkE

“My dad’s the toughest guy you’ve ever met,” Yates said in the video. “Never give up, always looking for the positive and looking for a competitive advantage. And that’s the way he raised myself, my family and everybody at Roush Yates.”

It is with heavy hearts that we announce the passing of our founder, Robert Yates. He was surrounded by his family and loved ones. pic.twitter.com/wEtD5noXAU

Yates first rose to prominence in the sport as an engine builder. His motors won the 1983 Cup championship with Bobby Allison and were also used by DiGard and Darrell Waltrip. Yates engines, now under partnership with Jack Roush power the majority of Fords you see on the track today.

But Yates, from NASCAR’s home base of Charlotte, N.C. will be remembered most as a car owner. He purchased the assets of Ranier Lundy Racing in October 1988 and kept a young, promising driver on board named Davey Allison. Allison would deliver him a Daytona 500 win, in 1992 and come tantalizingly close to a series title before perishing in a helicopter crash in July 1993.

Yates was heartbroken, his No. 28 team forced to rebuild. But after grieving, he rose again, this time with Ernie Irvan. Irvan challenged for a title in his first year, 1994, before serious injuries suffered in a crash at Michigan sidelined him 15 months.

That forced Yates to take a chance on Dale Jarrett; and for the car owner, the third time really was the charm. It was a partnership that would last for over a decade and came with two more Daytona 500 victories (1996 & 2000). Jarrett won Yates his championship, in 1999 and became the longest-tenured driver with the team.

Yates was inducted into the NASCAR Hall of Fame in January.

kept expecting to hear this soon. when i saw on him during darlington race he looked bad. he was such a great person to so many in the sport. one of the good guys.

say hi to davey, kenny, neil and dale. prayers to the yates family.

Robert was a friend and a mentor. Prayers to his family

Very sad to hear, a true legend in the sport. I was hoping he would make it to his HOF induction in January, but at least Mr. Yates knew how much he meant to the sport before passing on.

My heartfelt condolences to the Yates family and those who worked closely with Robert.