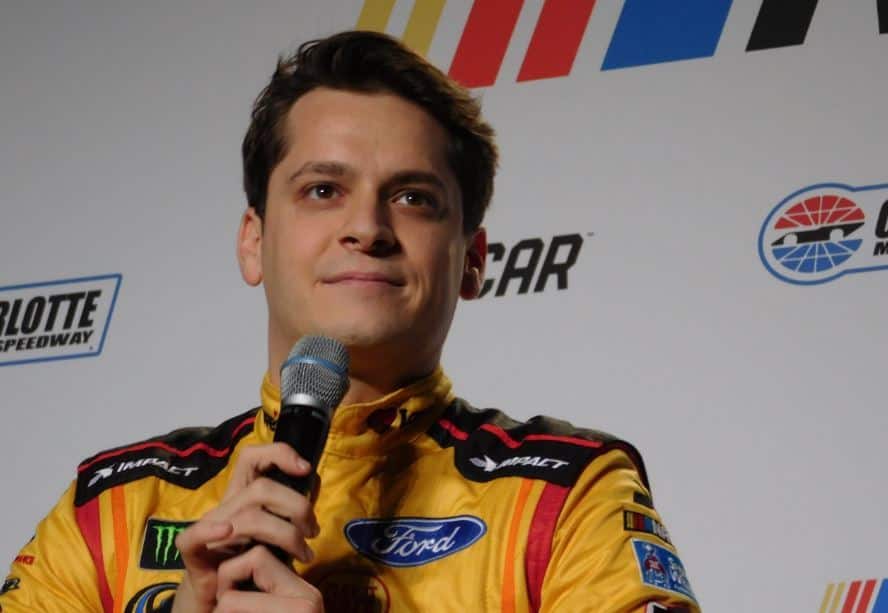 Pranks and shenanigans are always taking place for many of those on the road for the majority of the NASCAR season. Driving for an underfunded team in the Monster Energy NASCAR Cup Series may be a challenge but the little guys have plenty of fun.

Cassill was staying on the same floor in the same hotel as Matt DiBenedetto this weekend at Dover. Cassill took the liberty of filling out a room service request for Matt’s room. He ordered a massive breakfast, documenting the whole thing on his Twitter account. Naturally, to ensure his fellow competitor would be jarred from a sound sleep, the spread was scheduled to be delivered at 6 am.

As one might expect, DiBenedetto was rather surprised when his slumber ended with a knock on the door and a fully loaded food trolley was wheeled in. The biggest surprise came when the Dibenedettos discovered that the gag added a whopping $91 to their hotel tab. Ever the good sport, Matt accepted the delivery and did the only logical thing one could do in such a predicament. He sat down and enjoyed his unexpected breakfast.

Such antics are part of the reason both drivers are so popular with fans. They are very interactive, both in person and on social media. Plus, they are genuinely interesting people that fans could envision themselves having a good time with.

If Cassill was looking for a competitive advantage, he may need to try a different approach. Cassill only finished two positions ahead of DiBenedetto on Sunday afternoon.

Top of the Class: Dover

Front Row Motorsports has been one of the more competitive underdog teams in recent history and veteran driver David Ragan was best in class once again. Ragan finished in the 21st position, his 14th finish in the top 25 this season.

Ragan, who earned the maiden victory for the team over four years ago, continues help the organization improve. A big part of said improvement is Ragan’s ability to finish races. In 29 Cup events in 2017, the No. 38 car has been running at the end of all but three of them.

While he may have been well fed, DiBenedetto was disappointed with the GoFas Racing No. 32 Ford. The team missed their opportunity to qualify, so they had to start shotgun on the field. Then an ill handling car made moving up difficult. At the checkered, the driver could muster no better than 31st.

A new NASCAR team referring to itself as StarCom Racing announced that it will be participating in the Monster Energy NASCAR Cup Series with 1990 Daytona 500 champion Derrike Cope behind the wheel. The team withdrew from Dover, citing staffing needs and time to prepare their personnel. The team has since posted a picture of a painted car in their shop. No mention has been made yet as to when the team will be ready to hit the track.

Some days you just ain't got it. Good news is I talked to @MonsterMile and they're going to let me come back tomorrow morning and finish up.

The harder I tried, the more we struggled today. Last 50 laps I backed way off, and we went faster. Sometimes you gotta slow down to go fast

Someone ordered a ton of room service to my room at 7am. Not sure if I should thank them or if it will be on my credit card. @landoncassill? pic.twitter.com/B6ePKGoP4Q

Thank you for this piece, Frank. I appreciate being able to read about my favorite driver!