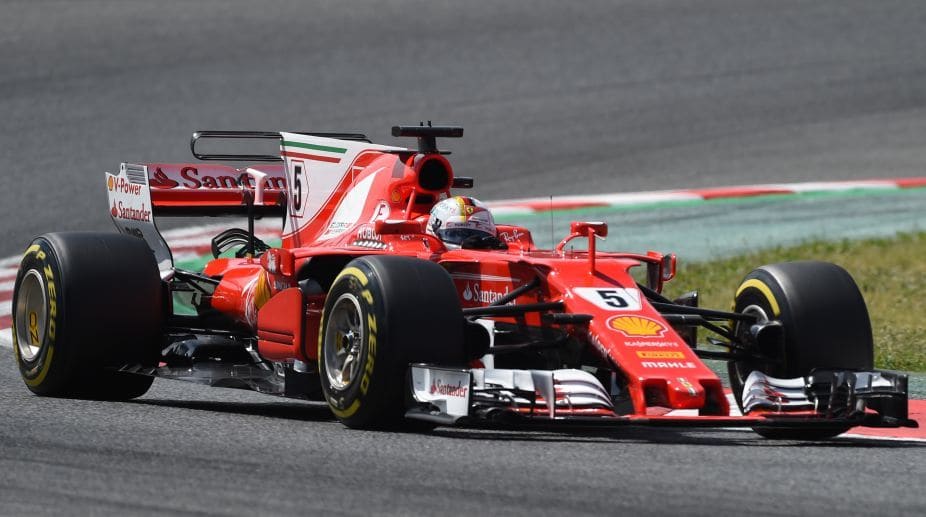 For 2018, there will be big changes in regards to how you can get your Formula 1 fix.  Sports Business Daily is reporting that coverage of Formula 1 will return to the ESPN family of networks for the first time since 1997 starting next season.

The agreement, which has not been announced as of yet, is a multi-year deal.

While the article does not state where they would air, the likelihood of ESPN making use of its ESPN3 streaming platform is substantial for practice sessions.

It is unclear what ESPN will do with the broadcasts as far as personnel is concerned.  The article indicates that ESPN will be using FOM’s World Feed, but does not indicate whether they’ll have their own commentary or not.

Previously, Formula 1 coverage aired on ESPN or ESPN 2 from 1984-1997.  Over that time, ESPN-exclusive commentators such as Bob Varsha, Derek Daly and David Hobbs called races.  They were on-site at races for a time.  When on-site at races, their broadcast booth was rather cozy at times.

The 1997 Grand Prix of Europe at Jerez was interesting for a number of reasons.  There was a three-way tie in qualifying for the pole.  Michael Schumacher was disqualified from the entire 1997 World Championship due to contact with Jacques Villeneuve at the Dry Sack Curve.

Mika Hakkinen claimed his first career victory for McLaren in a controversial finish.  Later on, Pedro Pacheco, mayor of Jerez, “disrupted” the podium ceremony.  That resulted in the track being banned for a time from hosting a Grand Prix.  Ultimately, this is the most recent Formula 1 race to air on an ESPN network.

In 2001, Formula 1 moved to Speedvision only, but a couple of races a year would air via tape delay on ABC (prior to ESPN taking over ABC Sports).  Other than a brief period around 2005 in which select races aired on CBS, the series was exclusive to Speedvision (later SPEED Channel, then SPEED and FOX Sports 1) until the end of 2013, when the current deal kicked in.

As long as thet keep David Hobbs and Steve Matchett everything will be fine. Varsha is fine, but the other two are essential. The best broadcast crew in motorsport. Heads and shoulders above anybody doing Nascar.

I agree, keep the current broadcasters. They are the best there is

Tom B
Reply to  Randy C.

Those are the worst F1 broadcasters. Matchett and Buxton are laughed at by the Europeans. Hobbs (Hobo) as Diffey calls him stammers and stutters too much. I do like the history he brings though. Matchett can’t say anything without giggling. And they all repeat each other. I’m sick of Diffey.
These are the guys that said for weeks the Korean track will never be done for their scheduled race, even thought Bernie assured it. You only need 2 people in the booth at a time. Bob Varsha is the very, very best for F1 TV in America. Put him back on with a F1 driver (not pompous Cheever).

Even though there isn’t much passing for the lead, I do find F1 exciting to watch. The tracks are impeccable. The drivers are never sarcastic and give straight answers to Buxton who mostly makes a negative statement instead of asking a question.

Please ESPN, really consider how you are going to do this! Give me a good reason to come back and watch your network again. Haven’t watch you in years, except for WSOP.

The interesting part is how many good announcers there are for F1. While my opinion my differ from yours regarding personalities there really isn’t a bad one in the bunch. Of course Eddie Jordan can say some things that make you wonder but thats generally the exception. Theres not of the cheerleading and everythings grea, carney barker which is the standard for a nascar broadcast.

It seems you haven’t heard the British team. Too bad.