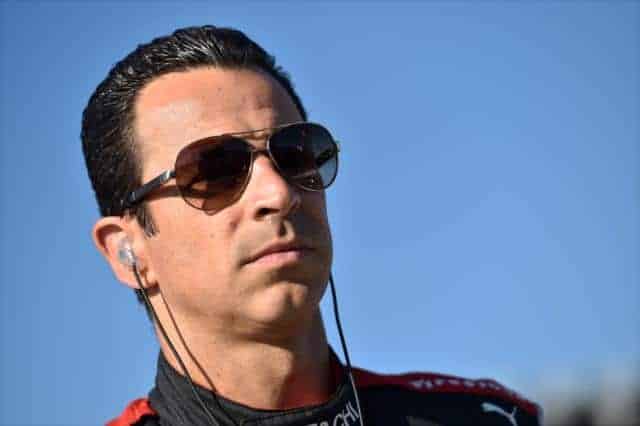 Castroneves is quite enthusiastic about his new challenge.

“I’ve been fortunate to achieve a lot of my personal goals with Team Penske over the years,” Castroneves said in a press release.  “Helping Roger, the team and everyone with Acura start this program and build it from the ground up will be another big challenge and a great opportunity in my career. I am proud of everything we have accomplished together in INDYCAR and now I am focused on helping to develop the ARX-05 to try and win the 24 Hours of Daytona and the IMSA championship in 2018 with Acura.”

Just because Castroneves is moving to the IMSA WeatherTech SportsCar Championship does not mean that he’s completely forsaking open-wheel racing.  He will still be at Indianapolis next May for another shot at history in the 102nd running of the Indianapolis 500.

“I’m also excited to get a chance to race again for Team Penske at the Indianapolis 500,” Castroneves continued.  “That race is near and dear to my heart and trying to become the fourth four-time winner is something I really want to accomplish in my career.  We’ve come so close the last few years and with this team, I know we will have a great opportunity to try and make some history.”

Team Penske owner Roger Penske says that Castroneves is the right man for the job.

“Helio has been a valuable member of Team Penske for almost 20 years and we are looking forward to sharing more success together,” Penske said.  “Competitors like Helio, Rick Mears and Mark Donohue are what have made Team Penske what it is today. This represents a new challenge for him and I know he is excited about the opportunity. Having established winning drivers like Helio and Juan [Pablo Montoya], teaming up with young and talented racers that know the series like Dane Cameron, will help give our new sports car program a solid foundation as we head into the 2018 season.”

Castroneves has five career sports car starts, three in the American Le Mans Series and two in the Grand-AM Rolex Sports Car Series.  Castroneves has one career LMP2 class victory in the 2008 Petit Le Mans, along with podium finishes at Daytona and Sebring.  All but one of the races was with a Penske-owned or co-owned team.

Castroneves’ full-time teammate at Acura Team Penske is still a mystery at this point.  The press release states that the fourth and final full-time driver, along with the endurance drivers will be announced at a later date.

Now if they could get rid of Tony K the drivers would be a lot safer.