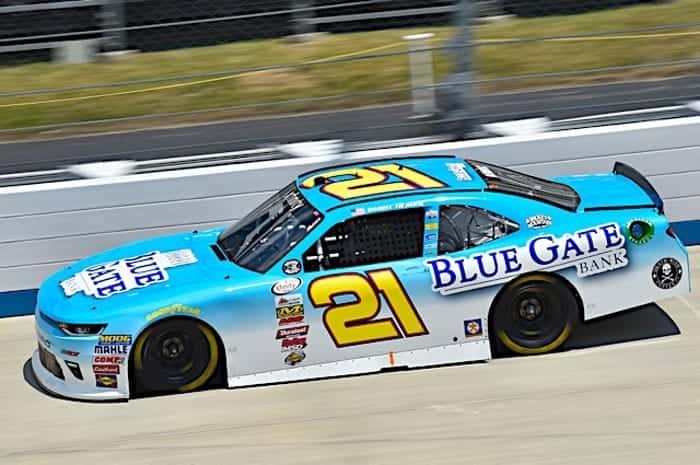 NASCAR revealed on Wednesday the penalties handed down for the races this past weekend in Las Vegas and Dover. A total of six penalties in the three top tier series were issued. One of those penalties was given to the No. 21 XFINITY Series team of Daniel Hemric, resulting in a large and impactful penalty especially distressing to an XFINITY Series playoff team.

In the NASCAR XFINITY Series this weekend, Daniel Hemric’s team faced the largest penalty the series has seen in a while. After an added ballast fell out of his car during practice, NASCAR suspended crew chief (Danny Stockman Jr.), car chief (Clint Almquist), and engineer (Luke Mason) from all NASCAR Series championship points events through November 14, 2017, but no loss of points. All three members of the team will be allowed to return at the season finale at Homestead.

Also in the XFINITY Series, Erik Jones and Brennan Poole were missing a lug nut each which results in a $5,000 fine to crew chiefs Chris Gabehart and Chad Norris.

Following the race on Sunday in Dover, Clint Bowyer and Erik Jones were missing one lug nut each. This has been a common penalty this season and results in a $10,000 fine for the crew chief. Clint Bowyer’s crew chief Mike Bugarewicz nets this penalty for the second straight weekend. Chris Gayle also was handed the fine.

In the NASCAR Camping World Truck Series, Matt Crafton’s No. 88 Toyota Tundra was missing one lug nut. That results in a $2,500 fine to crew chief Carl Joiner.

I don’t get the reason for some of these penalties. If it doesn’t improve the cars position in a race, then make it a small fine. Nobody runs over an air hose or carries out a jack or gas can to improve their position on the track.
If they insist on doing obnoxious burnouts then fail them on post race inspection from a flat tire (ride height).