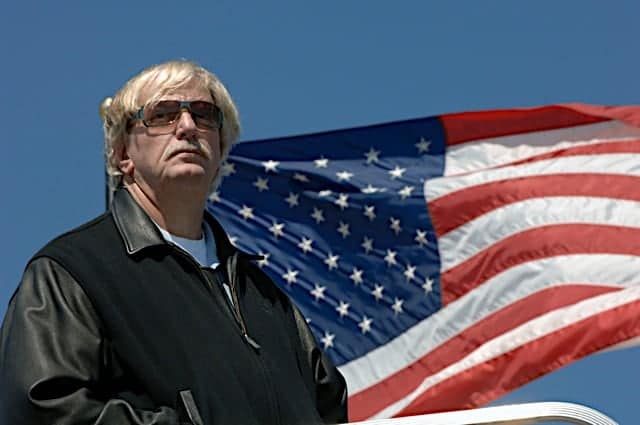 Whenever the NASCAR community loses a beloved member like legendary team owner Robert Yates, the unbelievable sense of closeness shows the true impact someone can have on so many lives.

For Yates, his legacy is one that was honored before he passed onto his eternal life, and fortunately so. Yates was selected in May as a member of the 2018 NASCAR Hall of Fame class, arguably the most prestigious way to honor the man who helped people find happiness and success in their love for racing.

Yates, the 1999 championship owner and a three-time Daytona 500 champion, was known for his massive innovation as an engine builder. But more importantly, he earned the reputation of being one of the most genuine people in the garage, working endless hours in every position you can think of in his team’s shop.

As we continue to honor a man of many talents, it’s important to note that this was not your average owner. Yates was one of the most hands-on leaders in the garage, serving as an integral part of Robert Yates Racing’s at-track efforts until he stepped down and his son took over the operation before the team shut down in 2009.

But thanks to son Doug Yates, the family legacy will never die out, leading Roush Yates Engines to become one of the most successful motorsports engineering programs in the country.

Q: What made legendary owner Robert Yates so special? – Nick A., Charlotte

A: Whenever I turned on the television to watch NASCAR races as a lad, I always saw film of Yates in the background, guarding his Nos. 38 and 88 Fords as if someone would move them off the grid if he didn’t.

From the success as an engine builder in the 1970s to becoming a team owner, Yates served as a leader in NASCAR. What made him different from others was his determination to succeed.

Nothing was handed to him. He earned every bit of success. Almost a decade as his last race as a team owner, people still remember and honor him for what he achieved on and off the track, even new fans who weren’t following the sport during his prime.

Yates is known for making the late Davey Allison into the rising star he became. In the ’80s, he served as general manager for Ranier-Lundy Racing, which fielded the No. 28 machine for the 1987 and 1988 seasons. As the team became financially ill, Yates purchased the organization in 1989.

Allison and Yates combined to win an astonishing 15 races in four-plus years before the driver’s premature death in 1993. His operation continued on, though the emotional toll of losing Allison almost caused Yates to make the decision to shut it down altogether.

However, as they motored on, the success poured in, and did so in many ways. Ford began to back RYR more each year, with Hall of Famer Dale Jarrett journeying over to the team in 1995, serving as a substitute for the injured Ernie Irvan in the well-known No. 28 Ford.

The team remained a two-car operation until its final season, when Paul Menard served as the team’s lone driver and the legendary No. 28 entry ceased to exist after a lack of funding shut it down five races into the year.

No matter the situation, Yates refused to give up.

Yates was part of the original playoff format NASCAR created in 2004, with Elliott Sadler, who discussed his relationship with his former owner in February.

“Robert, to me, was a people’s people,” Sadler said. “Yes, he was the owner of a team, but he didn’t act like the owner of a team. He came in and treated everyone in the shop the same way. I thought that was really admiring to see that. He was a blue-collar, hard-working owner.

“He wasn’t the guy who wanted to sit in his office. He wanted to be the owner who was in the shop, working on the engines and the cars. That, to me, stood out a lot. I’ve been with teams where the owners just sat in front of the computer all day. He wanted to be with the guys, and that was pretty special to me.”

That’s what made Robert Yates the legend he became.

A: It may have taken longer than originally expected, but Ben Rhodes is finally a winner in one of NASCAR’s top-tier divisions.

The 2014 K&N Pro Series East champion was predicted to be a stellar driver right off the bat. His pure speed in the development series, along with his success in Late Models, provided a great background for what appeared to be a rapid rise to the top.

But after a mere four races in the Camping World Truck Series in 2014, he jumped straight to the XFINITY Series with JR Motorsports. His struggles on-track were well-highlighted, featuring an eager young driver who was over-driving and becoming his own worst enemy.

The wrecked racecars proved to be ineffective as he searched for funding to go full-time XFINITY Series racing, rather than the 10 contests he earned in 2015.

Instead, he dropped back down to the Truck Series, where it costs less to race full-time and he would gain valuable experience, learning to be patient with one of the top teams, ThorSport Racing. 2016 was also a struggle for Rhodes, who not only missed the playoffs, but finished a disappointing 14th in the standings.

But finally, Rhodes is pulling through. All of the potential that was seen in him three years ago is finally coming into fruition. With five top fives prior to his Las Vegas Motor Speedway triumph, he has improved dramatically. Not only is he keeping his trucks clean, but he’s consistently running near the front of the field.

His No. 27 truck is now one that is a threat to ruin Kyle Busch Motorsports’ reign on the division this year. With a lock into the second round of the playoffs, Rhodes can look forward to seeing that potential really come through as he searches for a Truck Series title.

Nice tributes to Robert Yates & well deserved. Even though I didn’t cheer for Fords, as a fan, I couldn’t help but admire how fast those cars were on the track. It was sad to see him so ill for the past few years. It was really nice that he as inducted into the HOF before his passing.