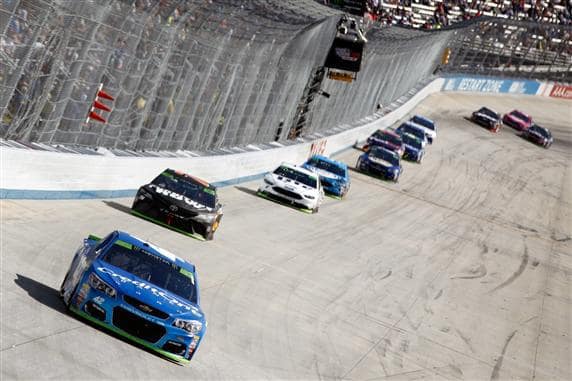 Championship hopes were at stake for some of the drivers in the Monster Energy NASCAR Cup Series playoffs this weekend. The second visit to Dover served as the initial cutoff point, after which the lowest four drivers in the standings would be eliminated.

Kyle Busch charged to the front in the closing laps, postponing Chase Elliott’s first career Cup win at least one more week. Elliott appeared to have the victory locked up until he ran up on Ryan Newman, who may or may not have held him up. As usual, that depends on who you ask. Either way, it made little difference as Newman joined Austin Dillon, Kurt Busch and Kasey Kahne on the chopping block. For 12 drivers, the hunt continues in Charlotte next week. For those four, well, there’s always next year.

Fortunately (or perhaps unfortunately) none of our contributors were eliminated after this week. Since they are all still in the running, each has provided their view of who is full throttle after round one and who is sputtering late in the season. Did they get it right? Let us know what you think.