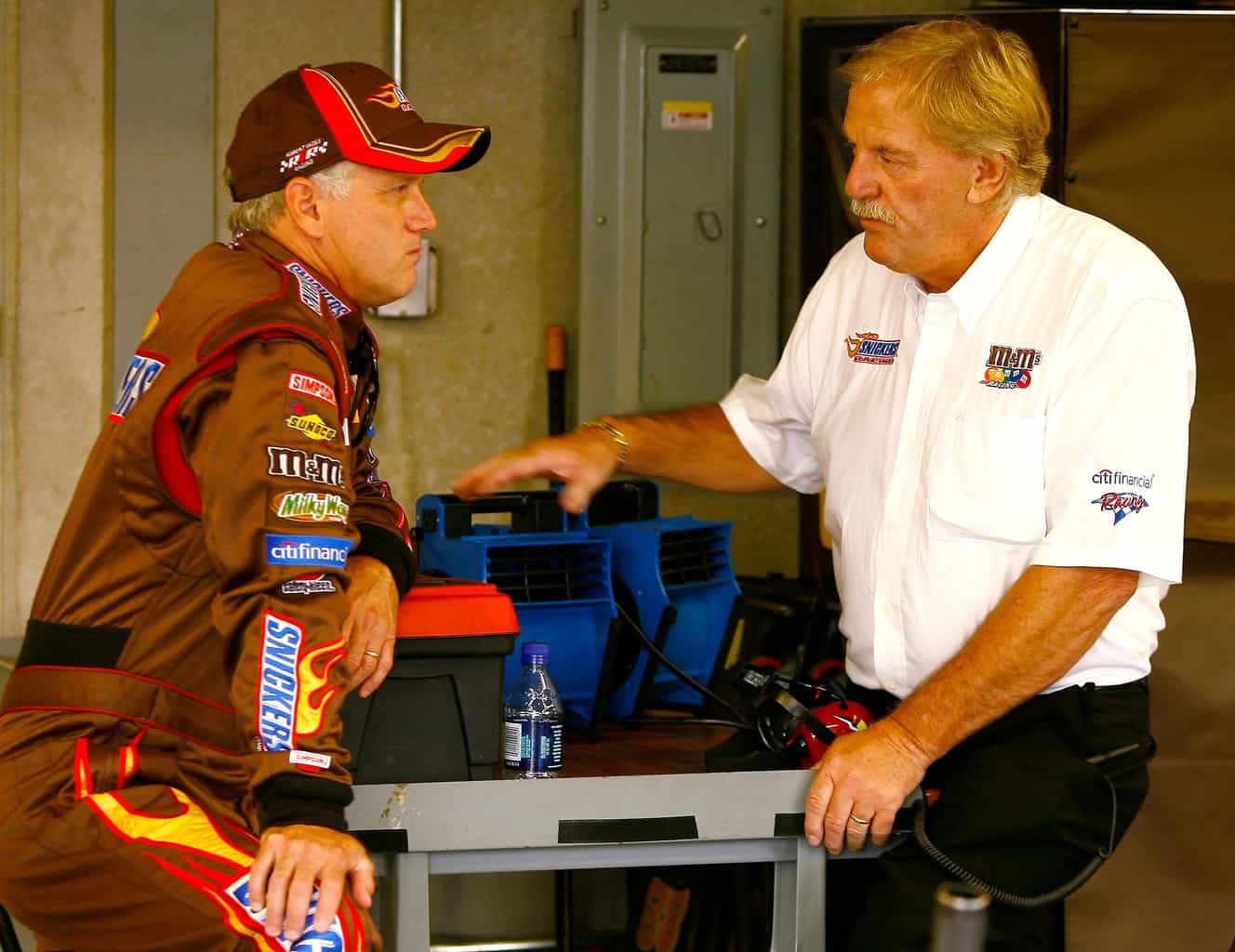 1. His racing team was a powerhouse

Newer fans know the Yates name from Roush Yates Racing Engines, where Robert’s son Doug Yates is a household name. But Robert Yates Racing was one of the sport’s biggest threats in the 1990s and early 2000s, winning 57 Cup Series races between 1989 and 2005.  It was RYR driver Dale Jarret who broke a four-year Hendrick Motorsports stranglehold on the title in 1999, while Davey Allison, Ernie Irvan and Ricky Rudd also earned top-six points finishes for Yates, who retired as an owner in 2007. Doug kept the team going as Yates Racing through 2009.

RYR had some of the most recognizable cars of the era, including the No. 28 black Havoline ride of Allison, Irvan and Kenny Irwin and the red white and blue Ford Credit No. 88 driven by Jarrett.

2. He had just seven full-time drivers

Jarrett’s 11-year run was the longest tenure for a driver with the organization, but the relatively small number of drivers over a 20-year run points to a lot of stability and loyalty to the organization.

3. Did someone say power?

Long before Yates’ engine company joined forces with the Roush organization to form one of the sport’s top engine programs, Yates power plants had a reputation for being among the best in the business, possessing both speed and durability. But before he built engines for his teams, Yates had a reputation as an engine builder for Holman-Moody, where he was the favored builder for several top drivers. Today, the operation Yates helped start, Roush Yates Racing Engines, provides power for teams in six major racing series worldwide, holding 13 titles and more than 300 race wins.

4. He had some experience behind the wheel

Before becoming a NASCAR Hall of Fame owner and engine builder, Yates did a little straight-line racing himself on local drag strips and streets. Those formative years were when Yates learned the art of tuning engines, a skill he’d begun as a youngster taking apart small motors.

By nature, racing has a high cost, but RYR saw more than its share of hard times, beginning with the death of Allison in a 1993 helicopter crash in the prime of his career. Ernie Irvan took over Allison’s No. 28 ride full-time in 1994 only to have his season cut short following a terrible crash due to a cut tire during a practice session at Michigan. Irvan defied the odds—he was given just a 10 percent chance of survival—and returned to the seat a year after the crash, winning three more races in his career.

Irwin left the team after the 1999 season, but his death in July, 2000 in a practice crash at New Hampshire still affected the crewmen who had worked with the youngster the year before. Each time, the team worked through difficulty to continue its success on the racetrack, a fitting tribute.

Irwin won the 1998 Rookie of the Year award in the Cup Series driving the Robert Yates Racing No. 28 car, replacing Ernie Irvan. Irwin started the 1998 season by winning the Automobile Racing Club of America race in Daytona in February in a car owned by Yates. During that season, he had one pole, 1 Top 5, and 4 Top 10 finishes on his way to a disappointing 28th-place finish in the final points standings. In 1999 he had 2 poles, 2 Top 5 and 6 Top 10 finishes and finished 19th-place finish in the final points standings. Kenny Irwin Jr was driving for Felix Sabatas and Chip Ganassi when he crashed in New Hampshire and lost his life.