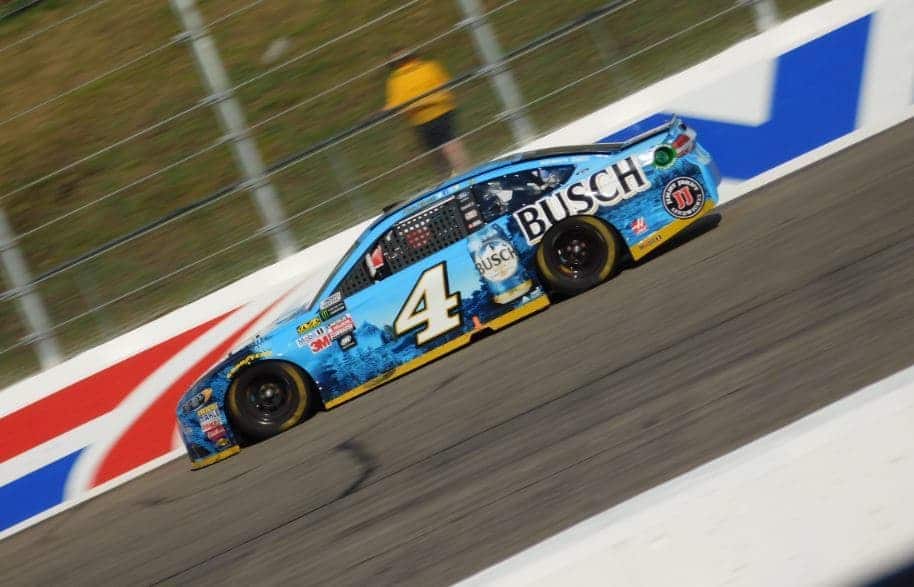 DraftKings’ daily fantasy NASCAR game heads to Charlotte Motor Speedway this weekend for the Bank of America 500. This race marks the first event of the second round in the Monster Energy NASCAR Cup Series playoffs. The green flag flies Sunday afternoon at 2:00 p.m. ET on NBC.

Cars will hit the track on Friday at 1:30 p.m. for first practice, followed by Coors Light Pole Award qualifying at 7:20 p.m.

This week’s fantasy forecast is brought to you by DraftKings, the No. 1 platform for Daily Fantasy Sports. You can jump in on all of the daily fantasy NASCAR action at Charlotte this weekend by signing up at this link for a free entry into one of this weekend’s contests. All you have to do is make a $5 deposit to get started!

Truex has an average finish of 5.0 through the last five Charlotte races. In three of them, he led over 100 laps. The most notable was his domination of the 2016 Coca-Cola 600. In that race, Truex led all but the green flag pit stop rotation laps, a record-setting 392 circuits at the 1.5-mile oval. That race put Furniture Row Racing on the map as a serious championship contender.

Since then, Truex has not slowed down. Expect him to speed towards Victory Lane this weekend.

Harvick has only two finishes outside the top 10 at Charlotte since 2010. During that span, he picked up all three of his career wins at the track. The 2014 Cup Series champion has won the pole the past two races here, and this past May, he led 45 laps and finished eighth.

Harvick had two straight below average finishes in a row following a DNF at New Hampshire and a 17th-place finish at Dover. With another poor result, the No. 4 team will move into a possible must-win situation in order to transfer into the third round of the playoffs.

Instead, Harvick will be looking to lock his way in with a win this weekend. He should be in prime position to contend for one.

Last season in the playoffs, Johnson won this race to transfer into the next round. He led 155 laps and worked his way up from the 11th starting spot. Johnson will again be a favorite to finish towards the front, especially if his third-place finish last weekend is a momentum booster.

Hamlin enters the second round only three points above Ricky Stenhouse Jr., who rests on the cut line. His race was shortened last weekend at Dover when the No. 11 Toyota experienced a broken axle with less than 30 laps to go. A bad luck momentum killer, Hamlin is now in dire need of a hot start to the second round.

Hamlin has recorded three top-five finishes in the past four Charlotte races and he has led laps in the last two, including 10 in his fifth-place finish earlier this season. Although he has yet to win at Charlotte, Hamlin ranks third among active drivers in average finish (12.8). That makes him a good bet for a top-10 result on Sunday.

McMurray’s ninth-place finish last weekend was enough to move him into the second round of the playoffs for the first time in his career. But the battle ahead remains an uphill climb for the Missouri driver. He is ranked in the 12th and final position at the start of the second round, seven points behind Stenhouse. He will need either a win or some misfortune for his competitors in order to continue his bid for a championship.

Luckily, Charlotte is home to two of his seven career victories. McMurray won this race as a rookie back in 2002, and then again in 2010. More recently, he has been a consistent top-15 driver here. The Chip Ganassi Racing driver has five top-15 finishes in the past seven Charlotte races, including a pair of top fives in 2014, and finished 12th back in May.

McMurray will be a key driver to watch on Friday and Saturday. He was fast last weekend at Dover as the team made changes through two days of practice and wound up inside the top 10. Expect the same type of trajectory to happen here.

Outside of his disappointing 38th-place finish at Richmond, Kenseth has only one result worse than 11th in the past six races. He is heating up at the perfect time, auditioning for a 2018 ride along with battling for the season championship.

Kenseth holds the top spot among active drivers with 20 top-10 finishes over his 36 career starts. He also has two straight top-five performances at Charlotte. Kenseth was the runner-up in this race a season ago, and then finished fourth in this year’s Coca-Cola 600.

Kenseth has also led laps in three of the past five races at the track. He should be up front again on Sunday.

Dillon is heading back to the track that locked him into the playoffs back in May. Unfortunately, it is following his NASCAR playoff elimination last weekend. A failure to finish inside the top 15 in all three of the first round races resulted in his early departure from the championship hunt.

But Dillon has three top-five finishes this year, one of them being his win at Charlotte. He only led two laps, but the No. 3 team put him in the perfect spot late in the race to outlast the competition in what turned out to be a fuel mileage finish.

Prior to that win, Dillon had one other top-10 performance at Charlotte last season. This driver, in the midst of a disappointing 2017 has nothing to lose and remains motivated to spoil the playoff race.

Newman is known in NASCAR as the toughest driver to pass on the track. Just ask Chase Elliott. Newman refused to roll over and allow Elliott to lap him in the closing laps of the race last weekend, causing a post-race confrontation with four-time Cup champion Jeff Gordon.

That’s because Elliott’s lead over Kyle Busch was lost, a traffic jam that left him unable to pick up his first career win. To make matters worse, Newman was eliminated from the playoffs, leaving all sides of the dispute unhappy after Dover.

Heading into Charlotte, Newman is no longer looking to race safe in order to stay inside the championship hunt. Instead, he is looking to go out and win. Newman has been a consistent runner towards the front of the field this season, and that trend should continue this weekend. Newman has three straight top-10 finishes at Charlotte in his No. 31 Chevrolet. 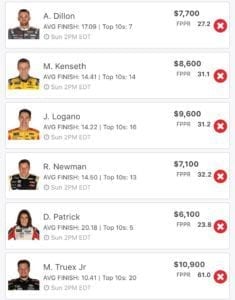