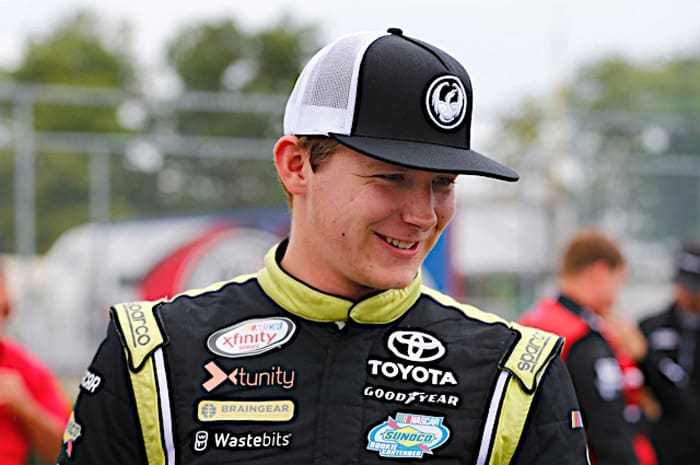 Matt Tifft will be back in the NASCAR XFINITY Series next year, but it’ll be with a different team.

Richard Childress Racing announced Thursday (Oct. 5) that Tifft will pilot the team’s No. 2 in the series for the full 2018 season. The current first-year full-time XFINITY driver is coming over from Joe Gibbs Racing and its No. 19 Toyota.

“I am very appreciative and grateful for the opportunity to race for a championship and grow as a driver under one the most successful and historic teams in NASCAR,” Tifft said in a team release. “RCR has a long history of developing partnerships through its XFINITY Series program. I am looking forward to being a part of the family and applying what I have learned in my first full-time XFINITY Series season while continuing to grow with the goal of competing in the Monster Energy NASCAR Cup Series in the future.”

The signing is a multi-year agreement, per the release, though a specific amount was not specified.

Tifft currently sits seventh in XFINITY points with two top fives and nine top 10s entering Charlotte Motor Speedway this weekend. That positions him above the cutline to make the round of eight with a good run Saturday afternoon.

Meanwhile, one of Tifft’s teammates will be Daniel Hemric, who re-signed with the team for 2018. He will drive the No. 21 for the team for a second year in a row.

“It is always a special time when you can re-sign with a team like Richard Childress Racing that has done so much in our sport,” Hemric said. “I’ve learned a lot from Richard both about racing and life in general, many lessons that I will never forget. While we still are contending for the XFINITY Series championship this year and have unfinished business in the final five races, I’m fortunate that I will again be running for the series championship in 2018 with RCR and Richard in my corner.”

Hemric’s fared a bit better than Tifft in 2017, sitting fifth in points with six top fives and 14 top 10s.

Crew chiefs and sponsorship for both teams will be announced at a later date.

The status of RCR’s other three XFINITY teams remain unclear. Currently, the organization also fields the Nos. 3, 33 and 62 Chevrolets. The No. 3 runs an assortment of drivers while Brandon Jones and Brendan Gaughan, respectively, run the latter two cars full-time.