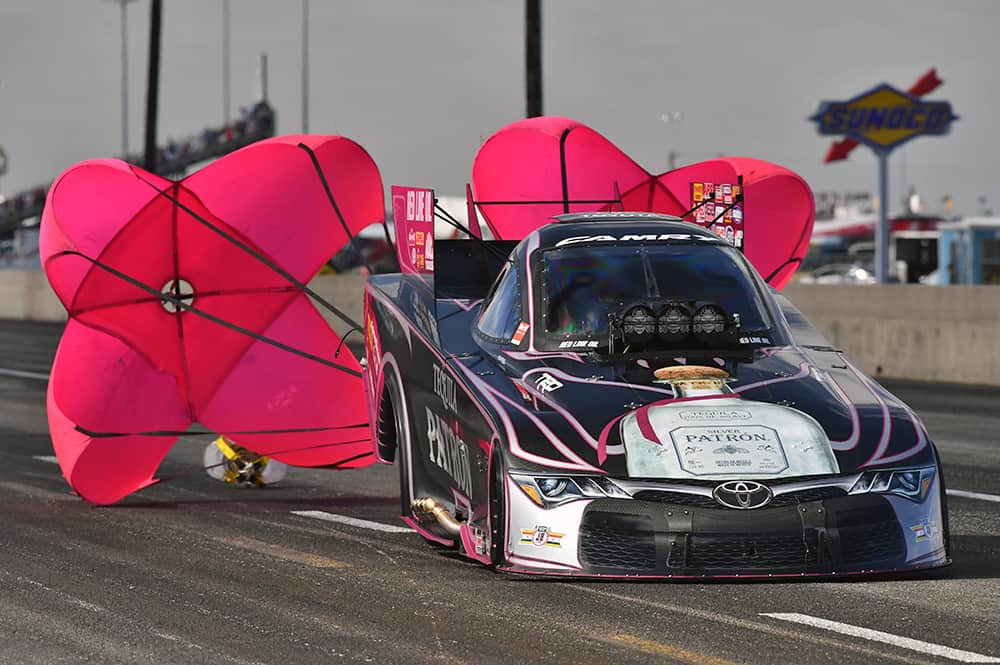 The racers are taking a little break before resuming their respective championship hunts in Texas next week, but there are still many news stories to get caught up on, even if there isn’t any on track action this week.

First up is a shuffling of race dates during next season’s Countdown. Charlotte traditionally kicks off the championship run in September, but instead the six-race Countdown will get underway at Maple Grove Raceway in Pennsylvania. St. Louis is next up, followed by Texas. Charlotte moves to the fourth spot on the roster and will host an event in October, rather than September. Las Vegas and Pomona will stay in their normal spots as the fifth and sixth events to wrap up the season.

Backing up a week to St. Louis, Clay Millican is now the quickest Top Fuel driver in NHRA history. Millican set the fast time, not just for the race, but for the class, during Friday night qualifying when he ran 3.631 seconds at 330.39 mph.

Lest you think he is setting lofty goals, bear in mind that Millican is the guy that set three of the five quickest elapsed times in NHRA history. He set two records in Brainerd in August.

It’s October and that means pink is in the air. Many teams and drivers will be incorporating the color in their cars and uniforms to support breast cancer awareness month. Driver Courtney Force and team will wear pink as will her Advance Auto Parts Funny Car. In addition, Advance Auto Parts will donate $1 from every Carquest brand part sold in October to Young Survival Coalition, an organization founded in 1998 to helping women under the age of 40 who have been diagnosed with breast cancer.

Fellow Funny Car competitor Alexis DeJoria will be offering her annual ‘Free Mammograms for the Fans’ program, the fifth year she has done so. DeJoria and team will host mobile mammography units in their pit area at Texas and Las Vegas. So far the program has provided 440 free mammography screenings since it started and the hope is to reach 500 free screenings this year.

Women aged 40 and over are able to receive a free mammogram with their race ticket regardless of health insurance status. Don’t think this program makes a difference? One 59-year-old race goer last year decided to have a screening during a weather delay in Texas and found out she had cancer, but because she was diagnosed early, she made a full recovery.

“Early detection is key,” said DeJoria. “Don’t wait and don’t be shy, ladies. Come out to the Dallas and Las Vegas events and take advantage of this opportunity. We’re so honored and grateful to be working with these amazing organizations and to be able to use our platform in the greater good for the fight against this horrible epidemic.”

This is what 3.63 looks like, courtesy of Clay Millican.