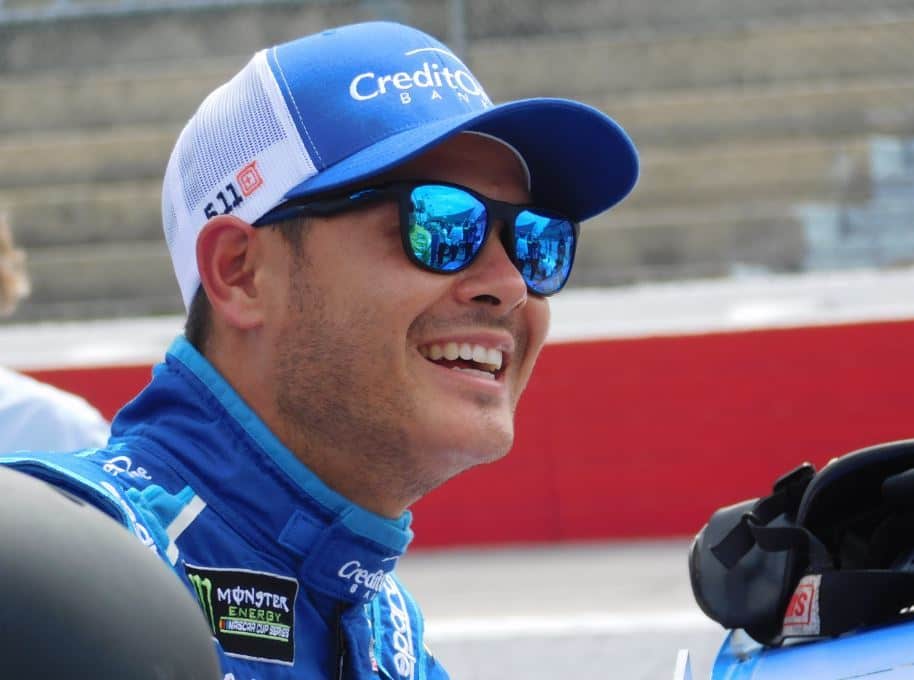 Kyle Larson led the way in opening practice for the Monster Energy NASCAR Cup Series Friday at Charlotte Motor Speedway. Larson’s time of 28.113 seconds (192.082 MPH) was 0.094 seconds ahead of Ryan Newman as he seeks the Bank of America 500 pole. Larson, a four-time 2017 winner has yet to reach Victory Lane in this year’s NASCAR playoffs.

Fellow title contenders Kevin Harvick, Denny Hamlin, and Chase Elliott completed the top-five drivers in practice. Hamlin was the lone Toyota on the board after the first three NASCAR playoff races have been dominated by the Camry contingent.

Though the 90-minute session went well for these men, some didn’t have it so smooth, especially in Turn 4.

The trouble started quickly when Dale Earnhardt Jr. slapped the wall in the opening minutes of the day. The No. 88 driver went to a backup car, returning to the track to complete eight laps.

Earnhardt said the contact was caused by the PJ1 substance put down in the corners.

“It’s had a bad reaction to the sun. It’s really slick,” Earnhardt said. “We saw at Bristol that it takes some heat to work in and activate to create grip. We’ve never seen it like this. It went straight into the fence, no stopping it.”

With the Bank of America 500 being run on Sunday, during the daytime, Earnhardt is “a little concerned” by the substance.

“This was a race I was excited about,” he said. “It’s the first Charlotte race planned to be in the daytime [in many years]… I think it will go well. Hopefully, that stuff will activate.”

Earnhardt was just the first of several drivers to have problems. David Ragan joined the fray when he hit the wall off Turn 4 while Kyle Busch pancaked the same area late in the session.

Brad Keselowski looked to suffer even further damage when he spun his No. 2 Ford in between turns 3 and 4. However, a drift spin kept him from significant damage, only brushing the wall.