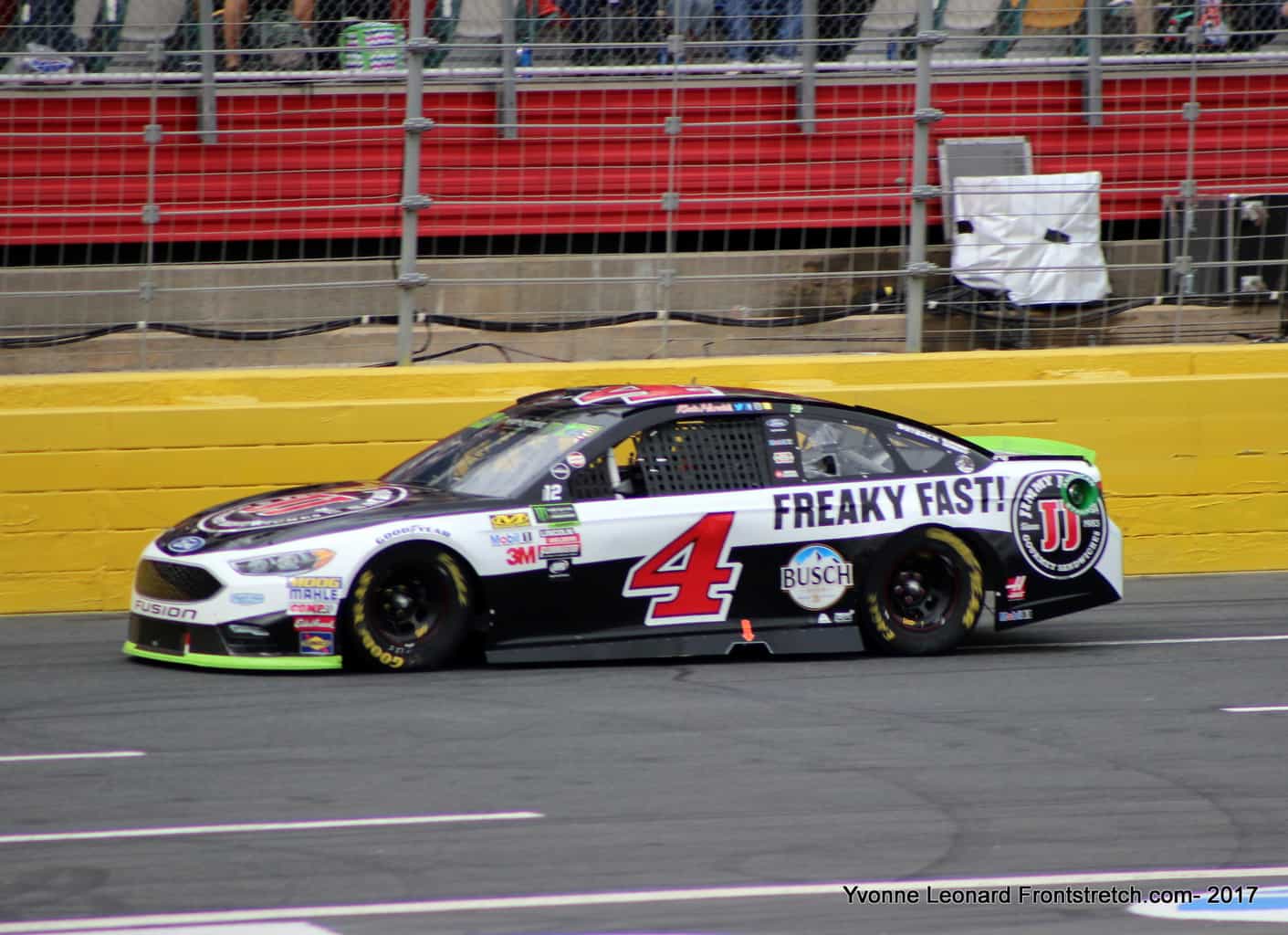 DraftKings’ daily fantasy NASCAR heads to Talladega Superspeedway this weekend for the Alabama 500. This is the second event in round two of the Monster Energy Series playoffs. The green flag flies Sunday afternoon at 2 p.m. ET on NBC.

Position differential will be the most sought after statistic on DraftKings this weekend. The scheduled number of laps at Talladega (188) are much lower than any 1.5-mile track or short track, so the need for dominators is almost nonexistent. It is difficult to take the lead and keep it during plate races. As a result, races like these can lead to a high number of drivers leading a few laps. So the key will be to find drivers who start towards the back of the track with potential to finish high.

Harvick knows how to work the draft and make his way to the front. He has one win, six top fives, and 14 top 10s through his 33 career starts.

Harvick rolls off the grid in 22nd on Sunday. This scenario is strikingly similar to last season’s playoff race at ‘Dega, when Harvick finished seventh, from the 22nd position. Two other times in the past five races here he has started outside the top 20. In those events he had finishes of eighth and 15th.

Ragan is the best restrictor plate driver not driving for a top tier team. Yet, his lack of high level equipment has not hindered his performance on the superspeedways. In the Daytona 500 to start the season, Ragan finished 25th. A few weeks later, the cup veteran ripped off his first top-10 finish of the year at Talladega. He finished 10th after starting back in 29th.

When the series returned to Daytona earlier this summer, Ragan notched his second top-10 finish of the year. He finished sixth, and even led four laps. That was from the 30th starting spot.

Superspeedways are always a crapshoot, and the “big one” is inevitable, but somehow David Ragan has been able to shock the world on multiple occasions. He has only two career cup series wins in 11 full-time seasons. He won the Coke Zero 400 at Daytona back in 2011 while driving for Roush Fenway Racing. Then in 2013, driving for the same team he drives for now, he won at Talladega.

Choosing Ragan this week also allows room to stack some higher priced drivers due to his low salary. 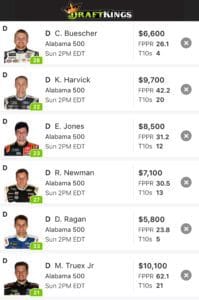