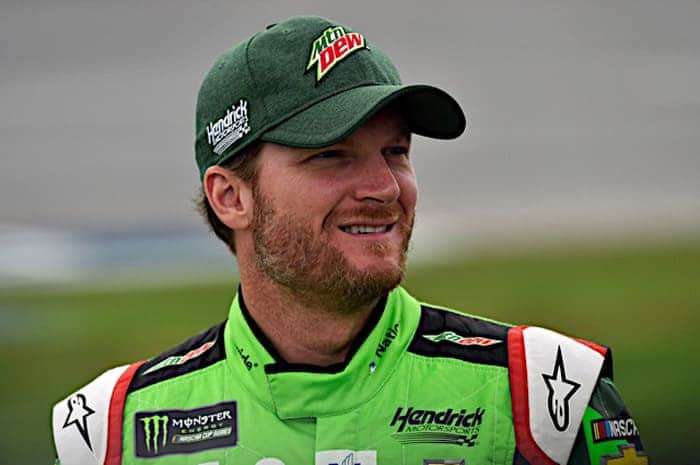 Dale Earnhardt Jr. put on a show this weekend at Talladega Superspeedway.  He won the pole, dodged a few nasty accidents, and ran near the front for most of the day.

Alas, Junior’s final run at Talladega did not result in a victory.

Talladega had to be a welcome break for Junior Nation.  Up to this point, Earnhardt’s farewell tour has been an unending parade of slow cars, crashes and mechanical failures.  Junior’s only top five was at Texas Motor Speedway back in April.

The No. 88 team was unable to qualify for the playoffs, and there have been few races overall in which Earnhardt really contended for the win.

Bad luck has plagued Earnhardt on the track this season.  Yet in the grand scheme of NASCAR racing, he is lucky to be having the great sendoff that he is getting, something very few of the sport’s superstars have been able to enjoy.

Retirement tours have been rare throughout NASCAR’s history.  The previous two seasons have featured the departures of Jeff Gordon and Tony Stewart from the driver’s seat, but the exits of Gordon, Stewart and Earnhardt are exceptions.

Most of NASCAR’s stars, including some of its legends, have either had to hang up their helmets abruptly due to injury, faded away with far less fanfare than they deserved, or hung on lost past their primes.  Earnhardt’s last season has been far from his best, but he does have the luxury of going out on his own terms.

For NASCAR’s first generation of superstars, retirement tours were unheard of.  Multi-time champions Lee Petty and Herb Thomas both suffered through horrific crashes that quickly accelerated the ends of their careers.  Thomas raced only three more times after an accident in 1956 that knocked him out of commission for the rest of the year.

Petty busted through a guardrail during a qualifying race at Daytona International Speedway in 1961, landing outside the racetrack.  It was over a year before Petty made another Grand National start, and he would only run six more races total.

Many of Thomas’ and Petty’s contemporaries faced similar, abrupt endings to their careers.  Fonty Flock never raced again after a bad accident in the 1957 Southern 500.  Fonty’s brother, Tim, was banned from NASCAR in 1961 as a result of the Teamsters union debacle.  Curtis Turner initially received the same punishment, only to have Bill France overturn the ban four years later.

Turner scored a big victory by winning the inaugural race at Rockingham Speedway, but it turned out to be his last win before passing away in plane crash in 1970.  Turner’s buddy Joe Weatherly suffered a fatal accident at Riverside International Raceway in 1964.  Later that same year, Fireball Roberts was fatally injured in the World 600.

NASCAR’s tragic losses of the 1960s undoubtedly had an effect on the drivers who were more fortunate.  Ned Jarrett, Junior Johnson and Rex White all stopped racing in the mid-60s.  Jarrett and Johnson remained active in NASCAR for a long time afterward, but their driving careers came to such a sudden end that that there was not much time for proper celebration.

The end of Buck Baker’s career came in the opposite fashion, with Baker making infrequent starts all the way through 1976.  The only one of NASCAR’s early stars who had a well-defined retirement was Fred Lorenzen in 1967, at least until he came out of retirement three years later.  In the rough and tumble world of NASCAR’s formative years, there was often too much uncertainty to know when a driver would run his last race.

In time, a few of NASCAR’s next generation of superstars got to enjoy a retirement tour.  Richard Petty and Darrell Waltrip had two of the biggest celebratory final seasons in memory.  Cale Yarborough ran part-time for almost a decade, but benefitted from a definitive final race for his career.

Still, some of NASCAR’s brightest stars continued to leave the sport with little fanfare, and not always on their own terms.  David Pearson took a similar approach to Yarborough, racing part-time throughout the 1980s.  Yet since Pearson never definitively retired from NASCAR, he never got the grand sendoff that he deserved.  Conversely, an awful wreck at Pocono Raceway in 1988 immediately ended Bobby Allison’s career.

The severity of Allison’s injuries made for the end of a career that was anything but festive.  Off-track incidents claimed the lives of Davey Allison and Alan Kulwicki in 1993.  And of course, NASCAR lost Dale Earnhardt in the 2001 Daytona 500.  Earnhardt would have undoubtedly had a retirement tour to rival Petty’s, but he never got the chance.

Throughout the younger Earnhardt’s career, other superstars have stepped out of the driver’s seat.  Yet retirement tours have remained a rarity for more recent veterans of NASCAR, whose careers have tended to linger on and often have indefinite ends.

Who would have known, for instance, that Bill Elliott’s last Cup Series race would be at Daytona in 2012?  Elliott had been “semi-retired” for almost 10 years, racing a part-time schedule.  Mark Martin’s driving career ended in 2013 after three or four not-quite retirements.

Dale Jarrett got a mini final season in 2008, running the first five races of the year before hanging up his helmet for good.  Terry Labonte was another driver who had a few last races that, ultimately, were not, finally making his last start in 2014.  We are still not sure if Bobby Labonte, Greg Biffle and Carl Edwards have run their last NASCAR races.  Matt Kenseth could be down to his last five starts.

Earnhardt will go out with more fanfare than all of them, and that makes him part of a lucky and very select group of racers.

So what if Earnhardt has struggled this season?  Gordon and Stewart may have both won during their retirement tours, but neither of them had a particularly great season on the whole.  Almost nobody’s retirement tour season is that great.  Rusty Wallace had arguably one of the best in 2005, racing to eight top fives and 17 top 10s in 36 starts, culminating in a playoff berth and eighth place points finish.  Yet Wallace did not win, either.

There was a chance that Earnhardt would not come back at all.  Indeed, complications related to multiple concussions have probably curtailed Junior’s career.  Yet he was still able to return for one more season, celebrate a great career with his fans, and ultimately walk away on his own terms.

So, take heart Junior Nation.  Your driver is a lucky man after all.

He should run the Busch Clash in February at Daytona.

I’m not convinced Dale Sr. would have done a farewell tour. When Dean Smith retired from coaching at North Carolina, Dale at the time said that he liked the fact that he just suddenly decided to quit & he said he would like to do the same when it was time for him to retire. I don’t even think he would have done a press conference. I think he would have just got out of the car & said, “Well, that’s it guys. You just saw me run my last race.” Sadly, as we all know, it didn’t turn out that way.