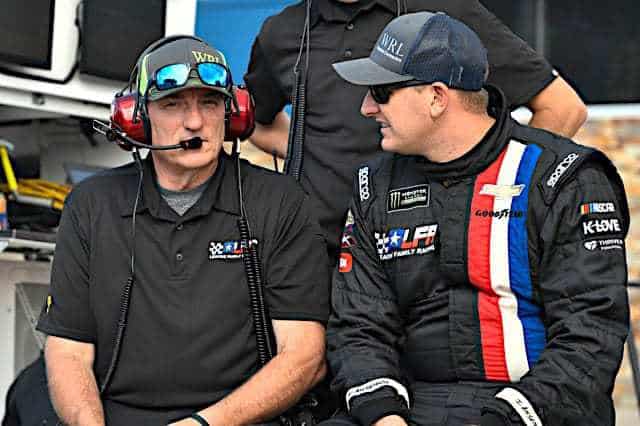 The driver of the No. 95 for Leaving Family Racing isn’t the only thing that’s changing next season.

Todd Parrott, crew chief of the No. 95 Chevrolet piloted by Michael McDowell this season, has been relieved of his duties with the team, effective immediately.

The team broke the news with a tweet early Monday morning.

The team, led by McDowell, sits 27th in the Monster Energy NASCAR Cup Series standings and is enjoying their best season to date. Their best finish of 2017 was fourth in the Daytona 500. They’ve also earned 13 top 20 finishes.

Parrott, a veteran crew chief, has 31 Cup Series wins to his credit and one championship in over two decades atop the pit box, leading Dale Jarrett to the championship in 1999. His last win in the Cup Series came with Marcos Ambrose back in 2012 at Watkins Glen.

Parrott and McDowell have worked together for a total of 38 races, beginning last season in October at Charlotte Motor Speedway.

The change comes a couple weeks after the team announced McDowell would not return for the 2018 season, as Kasey Kahne will pilot the No. 95 Chevrolet when the circuit heads to Daytona in February.

Couldn’t happen to a nicer guy.