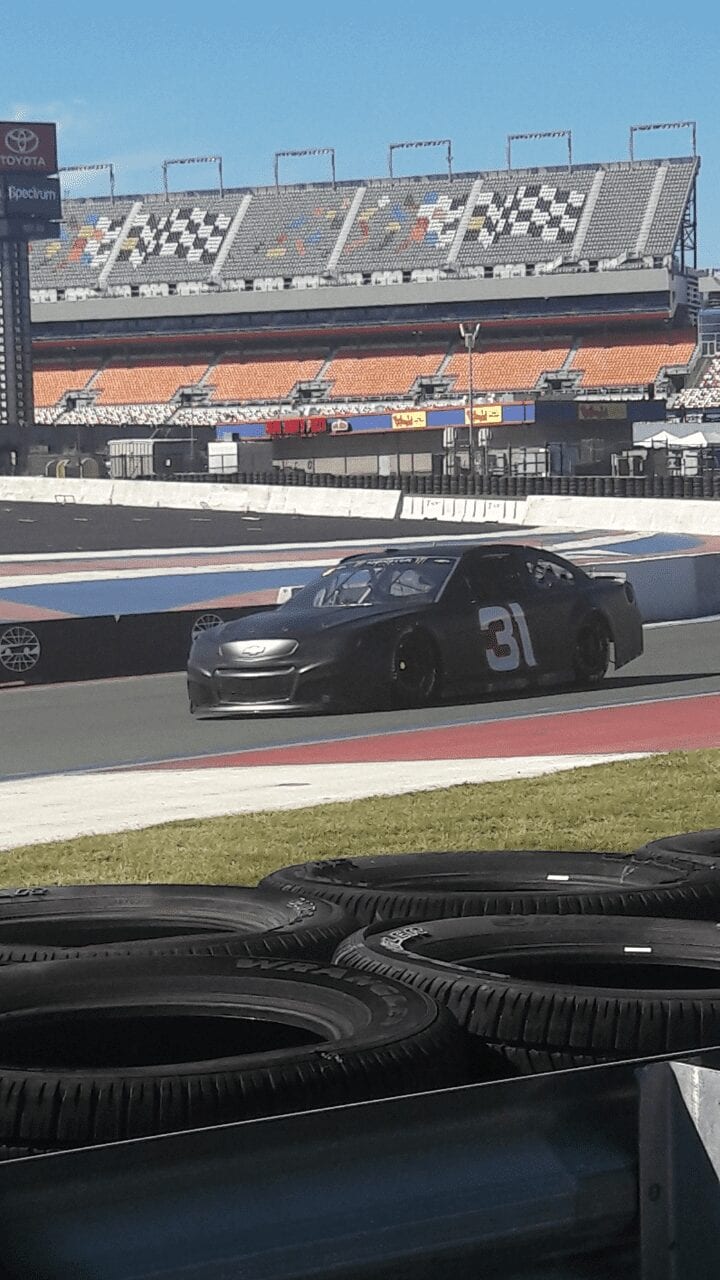 The occasion was a tire test in an effort to provide data to Goodyear in preparation for next year’s Bank of America 500, which will be the first NASCAR event held on the course, also referred to as the Charlotte roval. It will also serve as the first road course event to be held during the playoffs since the postseason format was introduced 14 years ago.

Additionally, the race will be 500 kilometers as opposed to miles, making it the longest of the three Cup road course events at 130 laps.

Martin Truex Jr, Kurt Busch, Jamie McMurray and Daniel Hemric all took turns on the 18-turn, 2.42-mile layout. The course has been adjusted to accommodate stock cars, including a paved chicane added to the frontstretch just prior to the start-finish line. Additionally, synthetic turf was added to the area surrounding the new chicane to slow the cars more quickly and efficiently than regular grass should one of them run off course.

Truex, who has victories on both of the two permanent road courses on the schedule (Watkins Glen (2017) and Sonoma (2013)), talked about how his opinion was beginning to change after getting out onto the track.

“It’s been growing on me a bit since we started yesterday,” he said. “You know, we started yesterday, and the track was real dirty. The Watkins Glen tires that we started on were probably way too hard for here, so it was a bit of a challenge getting going. I think we picked up about 10 seconds throughout the day yesterday. Today’s going a lot smoother.”

He emphasized that he was mainly “just trying to figure the track out.”

Busch spoke about how the slower speed of the course made it a closer comparison to Sonoma as opposed to the higher speed counterpart in Watkins Glen.

“It’s a very busy track… The speeds are much slower in the infield section than we anticipated, yet the oval, it’s wide open all the way through there,” he said. “You technically treat the oval section like a straightaway, and you work on the infield section to find the grip out of your car and out of the tires, which lends it more to the slower speeds of Sonoma.”

Both drivers also touched on the unpredictability of the track, comparing it to Talladega in terms of it being a wildcard. Busch added, “It’s gonna be about survival, about being smart.”

The 2018 Bank of America 500 will serve as the cutoff race for the opening round of next year’s playoffs and takes place on Sept. 30.

Just another way to loose more fans road courses are for F1 racing.Another race off my bucket list!