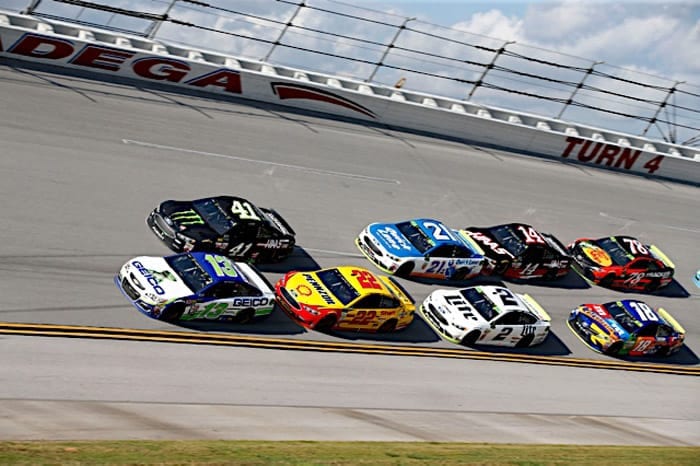 Fall is in the air as the Monster Energy NASCAR Cup Series trekked into Alabama this weekend for its second visit to Talladega Superspeedway of 2017. On the upside, at least there weren’t any cars in the air this time around. However, Talladega still chewed ’em up and spit em out faster than you can say “the Big One.” After a bevy of crash-related yellow flags (and three red ones), the pack of cars left undamaged probably could have all rode back to Charlotte in one hauler.

Brad Keselowski managed to weave his way through the carnage and score yet another win. The victory, his fifth at Talladega, locked up his place in the next round of the playoffs and cemented his status as the driver to beat when the restrictor plates are handed out.

Now that the smoke has cleared and all the debris has been swept up, it’s time for our contributors to assess where everyone stands. A race at Talladega is essentially like dropping the field into a blender and seeing who gets diced the least. So who did we think snuck out with their momentum intact? Whose playoff dreams got carved up like a Thanksgiving turkey? Take a look and let us know what you think.