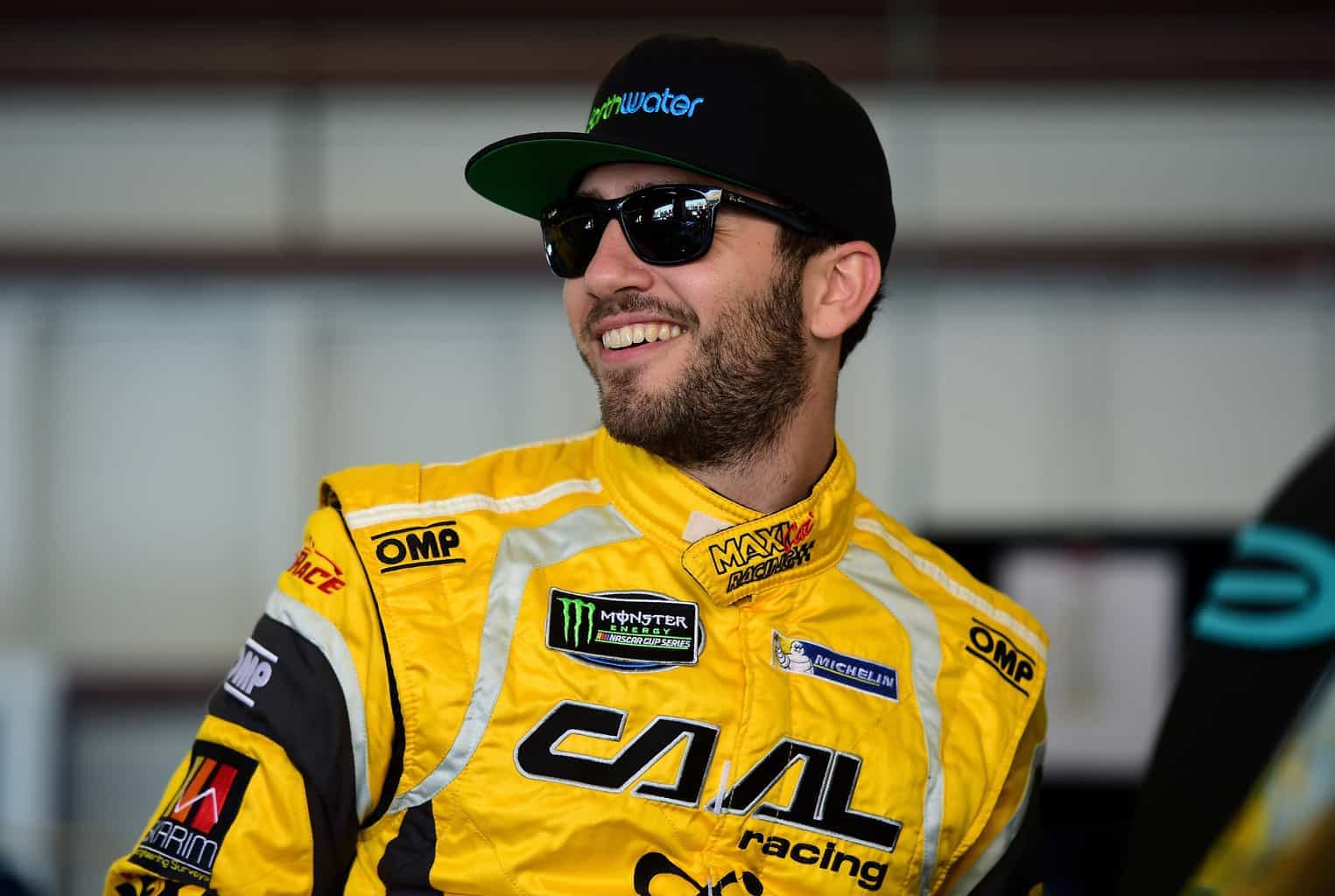 Less than three days after Israel’s Alon Day captured the NASCAR Whelen Euro Series championship, his circle is working on bringing him back to the United States to wrap up the 2017 stock car racing season.

“It’s not opening doors, but it’s making those doors easier to open,” Day told Frontstretch Wednesday afternoon, Oct. 18. “It’s a signature that I’m a good driver, so I’m pretty sure it’s going to be a bit easier for David [Levin] to try and get sponsors for the U.S.”

Levin, a Florida attorney who helped Day land his first Monster Energy NASCAR Cup Series ride with BK Racing in June at Sonoma Raceway, is working on getting the Israeli back into America. With a ride waiting should sponsorship pull through, Day could be back in a Cup car as early as Martinsville Speedway next weekend for the First Data 500. If not, there is a possibility he can compete at Phoenix Raceway and/or Homestead-Miami Speedway.

“I hope it’s going to make things easier,” Day said. “I know it’s not going to be easy. I just won the championship and I feel really good. I’m ready for another race.”

Day’s CAAL Racing No. 54 team won four races on the year, earning 11 top fives in 12 races. To clinch the title, he started out the championship weekend at Belgium’s Circuit Zolder with a pole. His bright yellow machine dominated the field, leading all 16 laps en route to his title-clinching win.

“It was pretty cool because the race on Saturday was one of the hardest since if I would win the race, I would probably win the championship,” Day said. “I was really nervous. I was starting on pole position, and it definitely wasn’t easy. The moment I crossed the line and won the race on Saturday, I felt it was even bigger on Sunday, because Sunday would be easy.”

“After three years of trying and every year, I’m always so close. It’s definitely an amazing feeling. I feel relief for the team. They’re trying the same amount as me, and we work really hard. That’s the first NASCAR championship for my team, and they were almost crying.”

As Day’s focus shifts on returning to America, he will need funding to get the job done. While Levin could not disclose what team(s) Day would drive for, he did compete for Carl Long‘s MBM Motorsports, which now fields the No. 66 entry in the Cup Series on a part-time basis, in the XFINITY Series.

Should Day make a Cup Series return, he would follow the footsteps he engraved last year. Day finished up the Euro Series season then pulled an end-of-season stint in America. That visit included a NASCAR Camping World Truck Series start at Homestead, a race where he finished 26th.