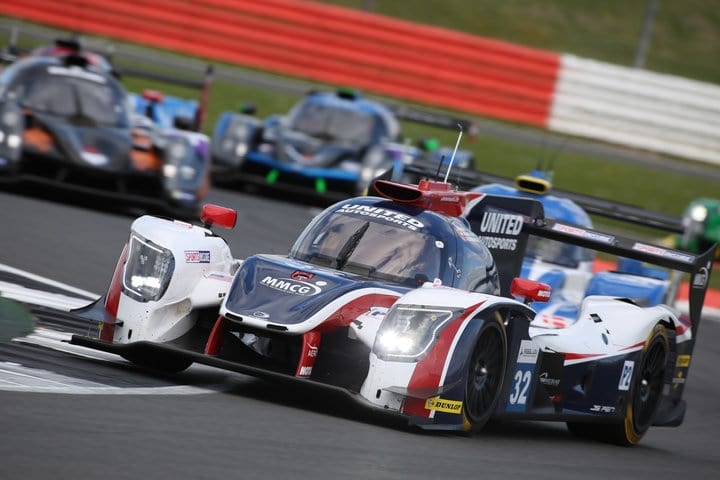 On Thursday, United Autosports announced that Formula One racer Paul di Resta will make his IMSA debut in January’s Rolex 24 at Daytona.  DiResta will be at the wheel of a Ligier JS P217-Gibson alongside current European Le Mans Series regular William Owen.

Di Resta is quite excited about the opportunity to race at Daytona.

“I’m really looking forward to racing at Daytona and with United Autosports,” di Resta said in a press release.  “I’ve never done a 24-hour race and never raced a prototype so it’s all new to me, but I’m looking forward to the challenge. Entering a 24-hour race is something I’ve looked at doing before and when Zak [Brown] asked, I jumped at the opportunity. The Rolex 24 Hours at Daytona is getting bigger every year, so it’s great to be part of it. I plan to do some testing ahead of the race to get integrated into the team and to get a shot at driving the car prior to heading to Daytona in January.”

Zak Brown, owner of United Autosports in addition to his duties as Executive Director of the McLaren Technology Group, is glad to have di Resta onboard.

“I’m pleased we have managed to pull together a deal for Paul to join the team at Daytona,” Brown stated.  “Although he’s not driven our car before, he’s had plenty of racing experience in different categories so I’m confident he will have a good race and enjoy being with the team.”

Di Resta has no previous sports car racing experience.  However, he has spent eight seasons racing full-time in the Deutsche Tourenwagen Masters (DTM), a silhouette-racing series.  The speeds there are very close to LMP2 speeds.  The pole for this year’s DTM race at the Red Bull Racing in Austria was in the lower end of the LMP2 class in the European Le Mans Series.

In between di Resta’s two stints in DTM were three full years in Formula One for Force India from 2011-2013.  Di Resta’s best career finishes were fourth-place finishes at Singapore in 2012 and Bahrain in 2013.  His best finish in points was 12th in 2013.  Earlier this year, Di Resta was called up to sub for Felipe Massa in Hungary.  However, di Resta’s Williams was forced to retire due to an oil leak.

Originally, United Autosports announced a single-car effort for Daytona with Owen and Lando Norris driving.  However, the team has recently expanded that effort to two cars with the addition of Phil Hanson to the team.  Hanson brings his own Ligier JS P217-Gibson that was formerly run by Tockwith Motorsports.  Norris will now team with Hanson and at least one unnamed driver.  Hanson’s relationship with Tockwith Motorsports ended after the team allowed usage of an Audi R8 LMS Ultra that belonged to Hanson in a Honey G music video without permission.

United Autosports has one previous start in the Rolex 24 at Daytona.  In 2011, the team partnered with Michael Shank Racing to field the No. 23 Ford Riley Mk. XX for Brown, Mark Patterson and former Ligier teammates Mark Blundell and Martin Brundle.  The team finished on the lead lap in fourth overall.