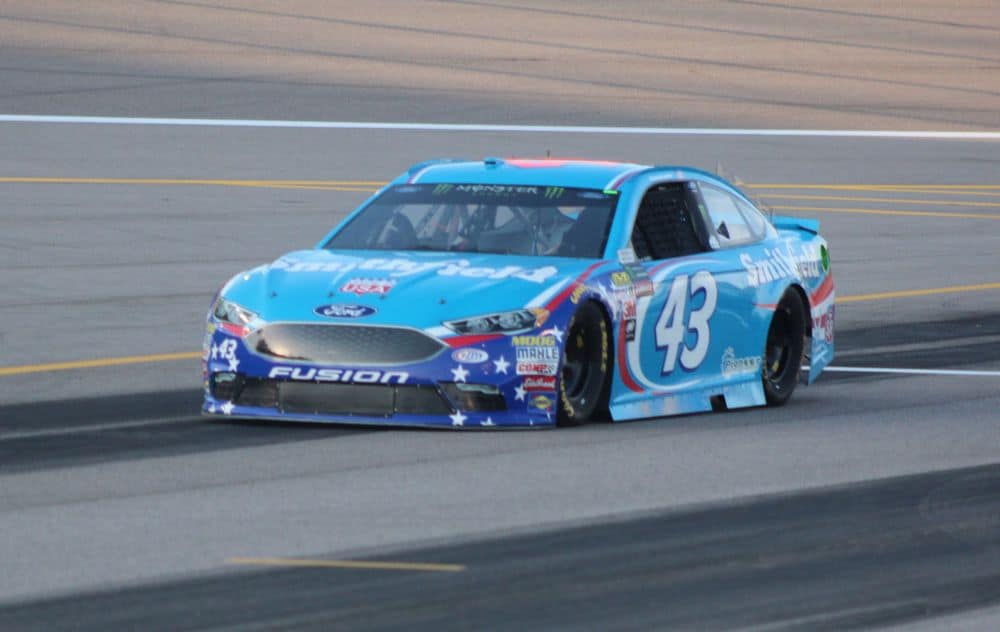 The last time the Monster Energy NASCAR Cup Series was at Kansas Speedway, Aric Almirola suffered a serious back injury that sidelined him for seven races.

This time around, he walked away with a ninth-place finish, though his No. 43 Ford looked like it had been pieced back together. The damage to the car came from Almirola getting a piece of the ninth caution that brought out a 10-minute red flag period.

Just one week ago, Almirola emerged from the carnage at Talladega Superspeedway with a fifth-place finish, while spinning across the finish line. The fifth and ninth come in a season where he’s scored just five top 10s in 25 races.

“It’s great to come back to Kansas Speedway and get a little bit of revenge,” Almirola said of his finish. “The last time, I left here on a helicopter, so to come back here and have a top 10 is a great day. I’m just proud of everybody on this Smithfield team.

“We’ve still got four more races to go and we’re going to continue to work and fight hard to do the best we can. You saw that the last two weeks – we finished fifth and ninth. Coming off of a top five and a top 10, I’m happy with that.”

In early September, Almirola found out he would not be returning to Richard Petty Motorsports next season after long-time sponsor Smithfield Food announced its departure and subsequent partnership with Stewart-Haas Racing.

“I’m a racecar driver and that’s all I want to do, is race,” Almirola said at the time. “From the time I moved to North Carolina from Florida, I never had a Plan B. And until that window of opportunity to drive a race car closes, I’ll go with Plan A.

And that’s exactly what Almirola is doing with back-to-back top-10 finishes as the season winds to a close, though his 2018 plans are still up in the air.

“I hope it helps. We’ll just have to wait and see,” Almirola said. “I’m definitely driving for my life, so to speak.”

Speculation surrounding the Smithfield Foods partnership with SHR puts Almirola in the conversation to join the organization, especially after the announcement that Danica Patrick will not return next season, though nothing has been solidified.

Almirola still has four more races behind the wheel of the No. 43 car before the checkered flag flies on the 2017 season and his tenure with RPM.