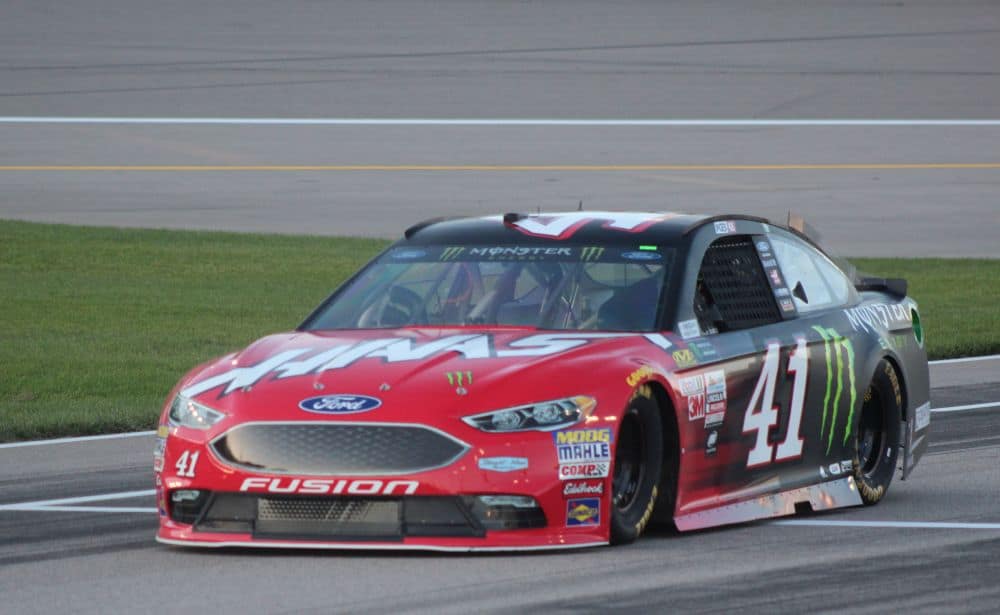 Kurt Busch started the season – and Stewart-Haas Racing’s tenure with Ford – with a bang and a victory in the Daytona 500, but since then, the season has been a bit of an up-and-down one for the No. 41 team.

Fast forward to Kansas Speedway, and Busch came home with his best result since that victory eight months ago. Finishing runner-up to winner Martin Truex Jr., the driver of the No. 41 Ford walked away with a huge smile on his face and just his sixth top-five result of the season.

But it wasn’t easy as he made an early unscheduled pit stop after a brush with the wall and was able to take advantage of a free pass under the second caution to rejoin the lead lap. From there, a bold pit call by crew chief Tony Gibson helped Busch’s cause tremendously.

“For us, we had a real adventurous day. Actually, I brushed the wall early on, got a lap down, had to dig out of that hole all day,” he said after the race. “For the call early to stay out and then to put on scuff tires to limp it home through one of the stages, that was a gutsy call by Tony Gibson. I have to say hats off to Gibson for that because that put us back on the same sequence with the leaders and the tires. That gave us the same amount of sets of stickers that we could use toward the end of the race.”

Perhaps what’s more important for the No. 41 team is the momentum built for an organization that hasn’t seen quite the success many expected, especially with the addition of Clint Bowyer to its stable this season.

“It was nice to have things unfold in our favor today, even though I brushed the wall and got us a lap down early,” Busch explained. “The mentality I’ve been trying to accept right now is run for 10th, try not to push the car too hard. Anything above 10th is icing on the cake. I’ve been trying to drive it too hard.

“It’s a matter of just keeping track of the adjustments throughout the race, making sure that we use every set of sticker tires that we possibly can and get the most out of sticker tires. When we have scuffs, we struggle. We’re a 15th-place car on scuffs.”

The second-place finish also breaks a streak of sub-top-15 runs that stretches back to when the playoffs began at Chicagoland Speedway. Busch has not solidified his 2018 plans, and a run like the one he had in Kansas could be something that helps finalize anything that might be in the works.