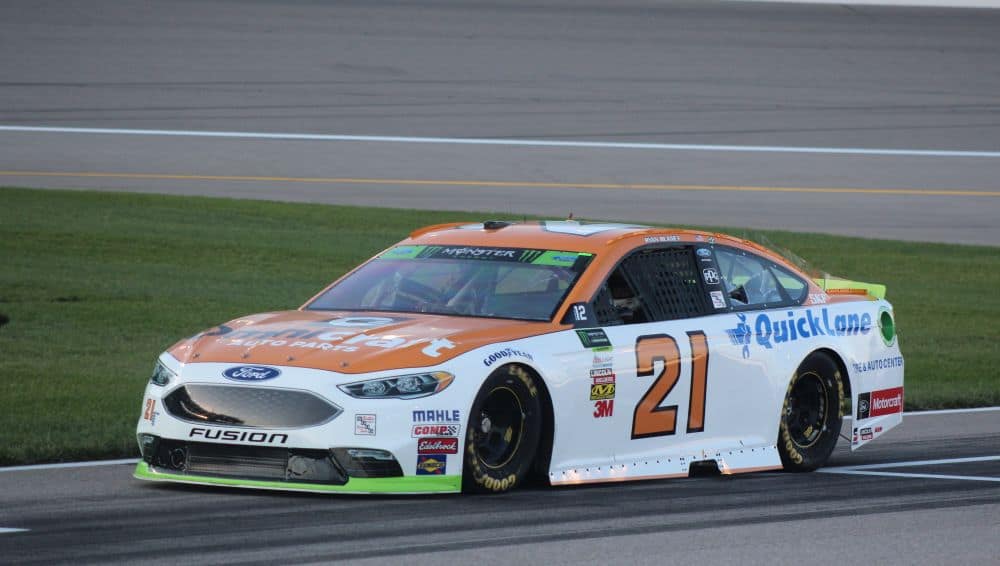 Ryan Blaney entered Kansas Speedway with a nine-point cushion ahead of the Monster Energy NASCAR Cup Series playoff cut line and a fast car to help move him into the Round of 8 and keep the Wood Brothers’ championship hopes alive. He ran no worse than sixth in all three practice sessions through the weekend.

But after posting the second-quickest time in qualifying on Friday, the No. 21 Ford failed post-qualifying inspection, and his time was disallowed. Forced to start in the rear of the field, Blaney spent just 51 laps to drive from last to first, and he managed to remain inside the top 10 for much of the rest of the day.

By the time the checkered flag flew, Blaney finished third, his best run since winning at Pocono Raceway in June, and moved into the next round in the championship battle.

“We made decent ground before the competition caution,” Blaney said after the race. “The deal that happened Friday, having to start in the back, coming back, having a pretty fast car there at the end really all race shows some pretty great resilience from the Wood Brothers team, and it definitely feels good to be moving on, for sure.”

Scoring his fourth top five on the season, Blaney managed to outperform Jimmie Johnson, Kyle Busch and Matt Kenseth to solidify his spot in the Round of 8. He heads into Martinsville Speedway next weekend seeded seventh in the championship standings but 60 points behind leader Martin Truex Jr.