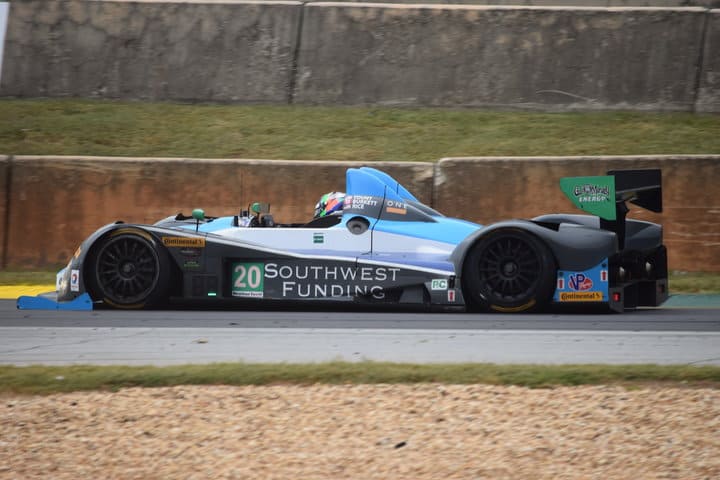 On Monday, BAR1 Motorsports announced that they will move up from the now-defunct Prototype Challenge class to Prototype for the 2018 IMSA WeatherTech SportsCar Championship season.  Team owner/part-time driver Brian Alder has acquired a Riley Mk. 30 chassis from Ben Keating that will be used in the upcoming season.

Alder is quite excited about his team’s step up to the top class.

“Obviously, this is an important step for us,” Alder stated in a press release.  “The move to LMP2 opens up a lot of opportunities for the team. Running in the series’ flagship class attracts a higher level of marketing partners, top tier drivers and, for me personally, a chance to return to Le Mans.”

The Riley chassis, which was the same one that raced at Le Mans this year under the Keating Motorsports banner, will have new “joker” updates applied to it that were developed by Multimatic.  The joker updates were approved by the ACO earlier this year in order to close the gap between the ORECA 07 and the other three approved LMP2 chassis.  In the Riley’s case, the updates were developed by Multimatic and Team Joest with an eye towards further development of the Mazda RT24-P.

These joker updates were key to Alder’s decision.

“The development allowances and ‘joker’ rule are very important to us,” Alder said.  “It demonstrates that organizers are adamant in their desire to maintain the competitiveness of the class and their ultimate aim to ensure that LMP2 remains a category that contains variety and a high level of competitiveness.”

In the IMSA WeatherTech SportsCar Championship, only three ORECA 07s competed all year.  JDC/Miller Motorsports ran full-time and surprised many with their competitiveness.  REBELLION Racing competed in three of the Tequila Patron North American Endurance Cup races, while Team Penske did a one-off at Road Atlanta earlier this month.  All three teams were in the hunt for wins.

Of the four approved LMP2 chassis, the Riley Mk. 30 was the least subscribed and poorest of the bunch.  Only Visit Florida Racing started out the season with one.  While they finished third overall in the Rolex 24 at Daytona, subsequent performance dropped off significantly.  Crashes at Long Beach (which forced a withdrawal) and Detroit did not help their case.  Eventually, the team switched to a Ligier and found more success.

As for the car that BAR1 Motorsports acquired, Keating purchased the car in late 2016 and entered it in this year’s 24 Hours of Le Mans.  The car’s deficiencies were on full display on the 8.469-mile course.  Despite Jeroen Bleekemolen and Ricky Taylor joining Keating, the team struggled mightily.  Their best lap in the race was nearly nine seconds slower than the best lap for the class-winning No. 38 Jackie Chan DC Racing ORECA 07.  Keating also spun the WeatherTech-sponsored No. 43 Riley Mk. 30 early on, clouting a couple of advertising placards in the process.  The car technically did not finish the race, but completed enough laps to be classified 21st in LMP2.