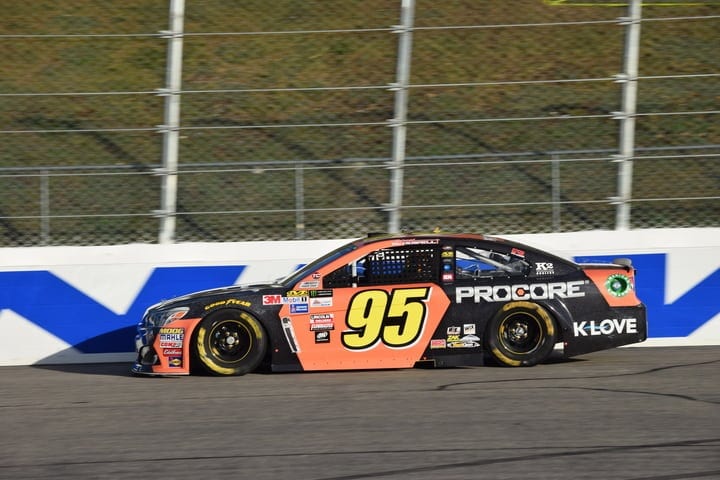 Travis Mack, current car chief for the No. 88 Hendrick Motorsports Chevrolet driven by Dale Earnhardt Jr., will become the crew chief of the No. 95 Leavine Family Racing Chevrolet beginning next season.

Mack will work with Kasey Kahne, who is leaving HMS after the end of the season to join LFR for the 2018 Monster Energy NASCAR Cup Series season.

LFR sent out a tweet with a link to the press release for the announcement.

We are excited to welcome Travis Mack to our team as our Crew Chief for the 2018 season! Read more here: https://t.co/mVryclHDh6 pic.twitter.com/BLzREc4Oz5

“As crew chief, Travis brings leadership and a solid experience to Leavine Family Racing,” Jeremy Lange, VP and general manager of LFR, said in the release. “His passion for racing and desire to win will fit well in our organization and, collectively, we all are looking forward to 2018 and beyond.”

Mack has been a car chief for the No. 88 since 2015 and has one race of crew chief experience, coming earlier this season at Richmond Raceway when Greg Ives was suspended. He has been with Hendrick Motorsports since 2004, after he won three championships in the ARCA series.

He also has been a car chief for Regan Smith and Chase Elliott in the XFINITY Series for JR Motorsports, earning a championship with Elliott and the No. 9 team in 2015.

Jeff Gordon and Jimmie Johnson were among the drivers Mack worked with in his earlier days at HMS, primarily as a front end mechanic and shock specialist.