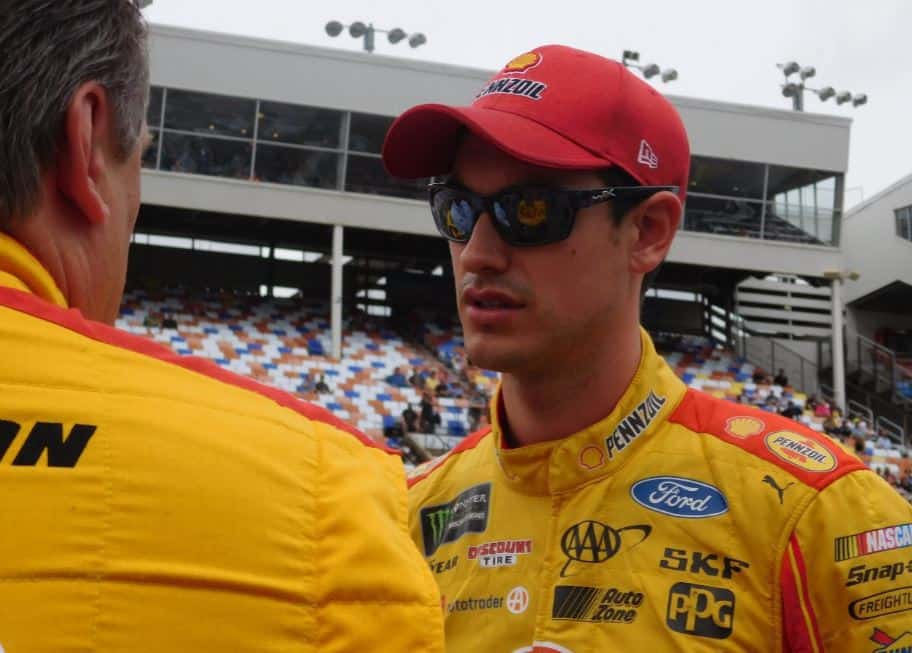 With the clock draining on the session, Joey Logano turned in a lap at 20.054 seconds (94.416 mph) to place him at the top of the leaderboard in the final practice for the First Data 500 at Martinsville Speedway on Saturday evening (Oct. 28).  Chase Elliott (20.075 seconds, 94.326 mph) had held the top spot until Logano’s final run and finished the practice in second place.

Five-time Martinsville winner Denny Hamlin was the quickest in the opening practice Saturday, but sank to 16th place in the final session.  Kevin Harvick was the slowest of the playoff drivers, coming in at 25th place.

Kyle Busch, who was eighth quickest, had the best 10-lap average in the session. Busch’s average time of 20.320 seconds (93.186 mph) was a couple of hundredths of a second faster than Truex.  Johnson had the third-best average, followed by Keselowski and Bowyer.

The practice had one incident. Erik Jones (92.714 mph) spun out about 20 minutes in and slammed into the wall. Jones was 26th in the practice and the team will go to a back up car.

Qualifying for the First Data 500 at Martinsville is scheduled for Sunday (Oct. 29) at noon/e.t., with the race set for later in the day at 3 p.m./e.t. NBC Sports Network and the Motor Racing Network will broadcast the event.