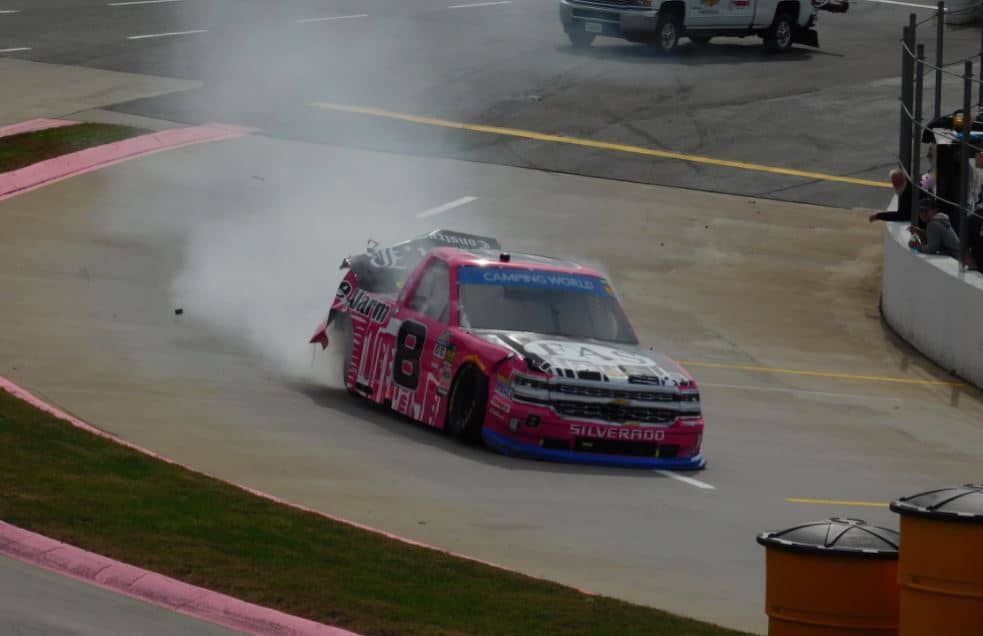 The No. 8 Chevrolet lost brakes going into Turn 1 on lap 37, resulting in a totaled Silverado and a DNF for Nemechek.

“I really don’t have an emotion right now,” Nemechek said. “It sucks for our team. We had a fast truck and just lost brakes. It never slowed down.”

Nemechek started the race in 17th position and had only moved up one position before the incident.

“I don’t know what the cause is,” Nemechek said. “We’re going to diagnose it and figure it out.”

The wreck is particularly tough for the small team of NEMCO Motorsports, which often runs a second truck as a start-and-park team just to help cover the costs.

“We’re just going to keep working hard and plugging along and make our stuff as best as we can,” Nemechek said. “That’s all we can do.”

The NEMCO driver entered the race as one of the six drivers left in the CWTS playoffs. He will have two more races, at Texas Motor Speedway and Phoenix International Raceway, to dig himself out of the points deficit caused by the DNF. Nemechek remains optimistic about his chances.

“They don’t know what’s going to hit them next week in Texas,” Nemechek said.