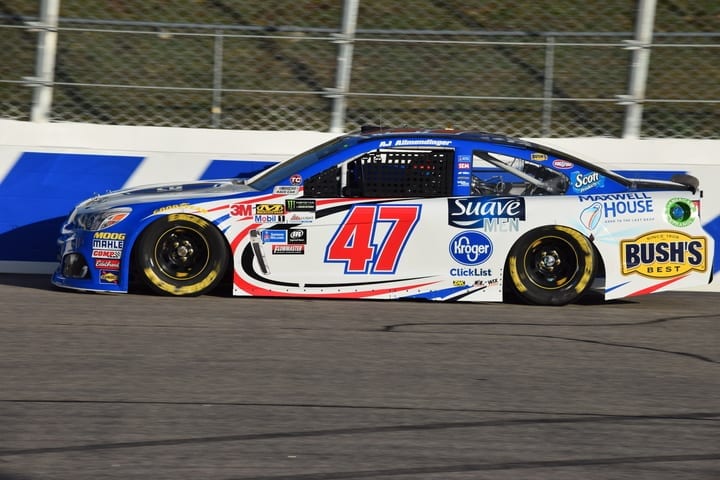 DraftKings’ daily fantasy NASCAR heads to Martinsville Speedway this weekend for the First Data 500. Sunday marks the first event of the Round of 8 in the Monster Energy NASCAR Cup Series playoffs. The green flag flies this afternoon at 3 p.m. ET on NBCSN.

The DraftKings strategy for short tracks is much different than any other type of oval. A smaller track means more laps, which means that you want to find drivers who will run up front and lead. Unless there is a great value play for someone starting towards the back, it is crucial to pinpoint drivers starting towards the front. Track position is key.

This week’s fantasy forecast is brought to you by DraftKings, the No. 1 platform for Daily Fantasy Sports. You can jump in on all of the daily fantasy NASCAR action at Martinsville this weekend by signing up at this link for a free entry into one of this weekend’s contests. All you have to do is make a $5 deposit to get started!

Truex qualified second for this race, which automatically propels him to the top of the dominator list. When this driver starts up front, he takes the lead and doesn’t tend to give it back. Also, because pit stall selection this week is carried over from Kansas, Truex will have the last (and best) pit stall. That will play a factor late in Sunday’s race.

Truex started from the Martinsville Speedway pole in 2016 and led 147 laps. However, he fell back to a seventh-place finish. Sunday could be a similar result, but Truex showed in final practice he has long run speed as well as the short burst. He had the second best consecutive 10-lap average with a speed of 93.064 mph. Truex also posted the third-best single lap time.

It will be just a matter of time before this contender leapfrogs Joey Logano up front. Truex has a comfortable point cushion heading into this round of the playoffs, but watch out. A lock into Homestead-Miami’s Championship Four is on the horizon and could come as soon as today.

Allmendinger has been sneaky good at Martinsville the past few years. He has six finishes of 11th or better in seven races here since joining JTG-Daugherty Racing in 2014. In the spring of 2016, he tied his career-best Martinsville finish with a runner-up bid. The ‘Dinger followed that up with a 10th-place finish in October. Earlier this season, he finished sixth after starting 30th. That race could be eerily similar to what we see on Sunday.

Allmendinger did not qualify well and will start 27th. However, he has a much faster car than that spot gives him credit for. In opening practice, the ‘Dinger had the ninth-best single lap speed and the seventh-best consecutive 10-lap average. During Happy Hour, this veteran was at it again. He ran the 12th-fastest lap and had the sixth-best consecutive lap average.

This team and driver is fast this weekend but priced toward the bottom of the DraftKings barrel. That makes Allmendinger a must-add at Martinsville.