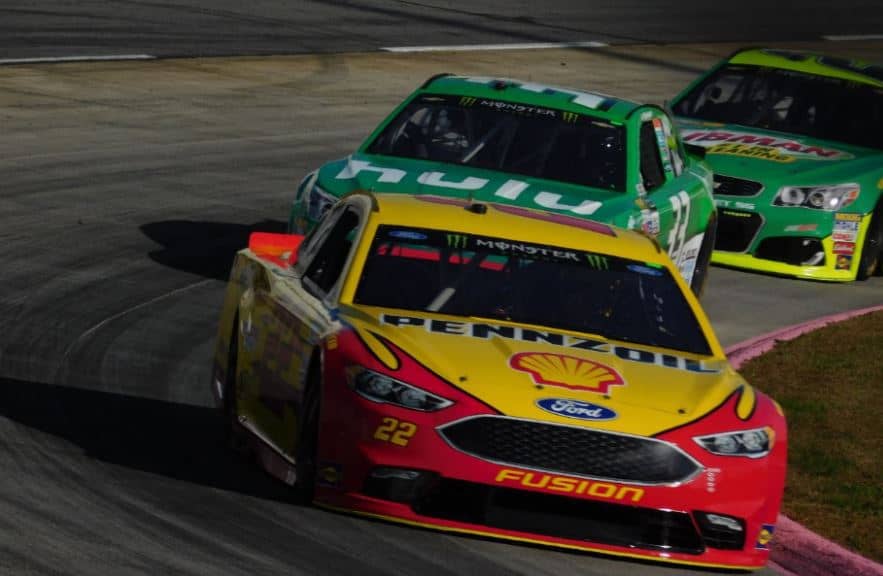 For the sixth time in seven races at Martinsville Speedway, Joey Logano will start on the front row. This time, he also added to his pole count at the short track, scoring the top spot for the fourth time for the First Data 500.

“It feels really good, what a good car this team put together for me,” Logano said. “I have something to race with here. Starting toward the font is always nice to have.”

Following a small shower that delayed up-to-speed laps in Round 1, Logano was still able to turn a 19.622-second time (96.504 mph), sweeping all three rounds. However, there is “lots of unknowns” for the No. 22 team for the race.

“How the rubber lays down… if it lays down,” he said. “I think we’re smart, but I guess we don’t know until the race starts.”

Martin Truex Jr. improved position each round and ended the session second. He was followed by playoff drivers Chase Elliott and Ryan Blaney, with Clint Bowyer completing the top five.

With five playoff drivers in the top seven, it wasn’t an easy session for the whole championship group. Kevin Harvick missed the final round by only 0.002 starting 13th while Kyle Busch trails him in 14th.

Jimmie Johnson spun his No. 48 Chevrolet in Turn 3 after wheel-hopping in the closing minutes of Round 2. The nine-time Martinsville winner will start from the rear after tire, gear and axle changes.