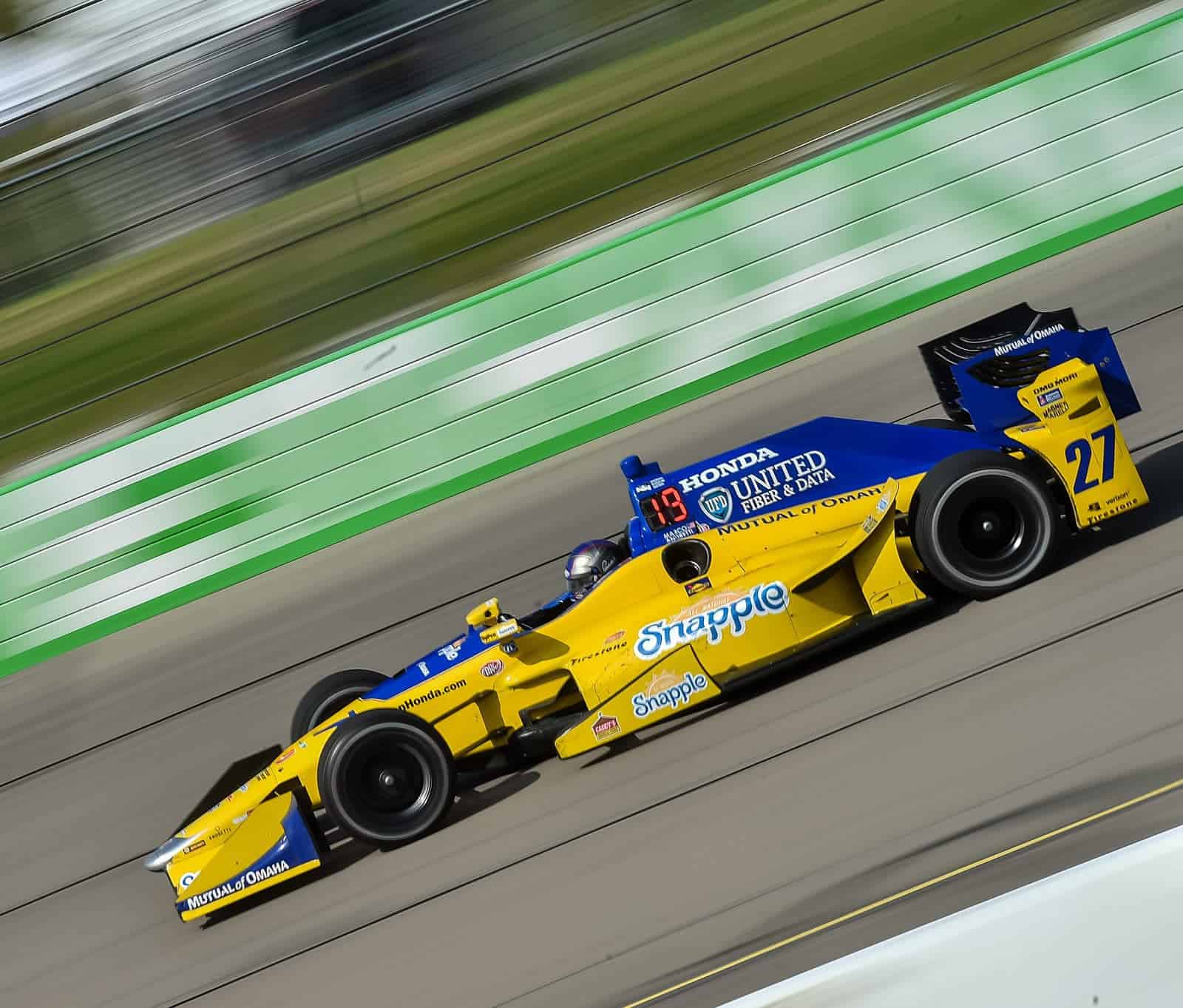 With a push on rookies and young guns to take over the division, Crafton and GMS Racing’s Johnny Sauter are the lone experienced racers left in the sport’s third-tier. The rest of the field were mostly toddlers — if that — when the two began racing in NASCAR’s top series.

Now that Crafton has re-signed with ThorSport Racing, he is looking forward to competing for the organization for the 17th of 18 seasons. The only time he didn’t team up with the organization was in 2004 when the opportunity came to compete with Kevin Harvick Inc. and Tracey Hines ran the No. 88 truck.

As Crafton, 41, returns with one of two Truck Series teams he’s known, the 2018 season couldn’t arrive any sooner.

With the NASCAR season coming to a close, the latest rumor has IndyCar Series driver Marco Andretti thinking about making a jump to those bulky stock cars. While he wouldn’t be the first IndyCar driver to do so by any means necessary, the clock is ticking for the 30-year-old to come on down to Charlotte.

A: Loyalty is everything. Crafton’s career was slow to get going. It took him more than three seasons to earn his first top five. It took him five more years to pull into Victory Lane for the first time.

Forget about just being loyal to ThorSport; Crafton absolutely adores the Truck Series and everything it represents, which includes a mixture of grassroots racing and modern-day NASCAR.

Crafton has been with ThorSport through thick and thin. When he ran the 2004 season with KHI, he went right back to ThorSport and hasn’t departed the organization since.

The veteran has been an integral part of building this team into a championship caliber organization, one that competes for wins on a weekly basis. He is now the elder statesman of the Truck Series, the man everyone goes to for advice.

He, thanks to the support from owner Duke Thorson, built ThorSport to become one of — if not the top — organization in the Truck Series.

Since 2013, Crafton has picked up 12 of his 14 career wins. The team made the swap to Toyota one year prior to his amped-up results. While he had moments of genius at times on the track in the past, it was clear his ability only improved with age.

When Crafton captured back-to-back titles in 2013 and 2014, it was the start of a new beginning. He showed that while he could probably move up to the XFINITY Series if he wanted to, he instead stayed with ThorSport.

His three XFINITY Series starts in 2013 were not only respectable, but they were above average. He earned a pair of third-place finishes (each at Kentucky Speedway), along with another top 10, all while driving for Richard Childress Racing. But that opportunity never came, and he is still making the most of his time in the Truck Series.

Now, Crafton understands his place in the sport. If he continues to do what he’s doing, there is a solid chance he can join Ron Hornaday Jr. in the Hall of Fame, showing that careers can indeed be made in the Truck Series.

A: This is a tough one. Andretti hasn’t run well in the IndyCar Series. Frankly, it’s hard to predict how he would do in NASCAR.

But given his limited results in open-wheel racing, maybe he should give NASCAR a shot. If he isn’t getting the job done in IndyCar, it could be time to start something fresh.

Andretti spoke to Dale Earnhardt Jr. and Kelley Earnhardt-Miller, owners of JR Motorsports, and a deal is not even close to getting the grandson of the legendary Mario Andretti into a stock car.

“If I had a field full of race cars, we would have a blast, all our buddies racing, but it’s just hard to do,” Earnhardt said. “We’re really thankful to be in the position we are in to have four full cars racing for a championship. As fun as the all-star idea and car is, and as many races as we won with (Kevin) Harvick, the real goal is to have a team running for the championship.

“If we did have those opportunities, we certainly would entertain it, and I think it would be great for the sport to have an Andretti out there running in a stock car. No matter where it is at, it would be awesome.”

While it might be “awesome” to put Andretti in a car, let’s remember that IndyCar drivers haven’t been too successful in NASCAR. Dario Franchitti, a four-time IndyCar champion, couldn’t get the job done in NASCAR, so how in the world could Andretti, who’s only won two races, do it?

Who knows? Maybe Andretti would surprise. But that’s unlikely since he would probably run a road course, which is a weakness of his on the open-wheel schedule.

At Toronto this past July, Andretti finally earned his first top five at a road course since placing in the top five in each race during the 2015 Dual in Detroit. Yeah, it was a long time coming.

On the other hand, Andretti could surprise. He’s raced in a premier division for 12 years, and there isn’t much reason why he shouldn’t give it a shot.

As one of the IndyCar Series’ most marketable drivers, given his surname, why not attempt to get some sponsorship to run one of the stand-alone road course races? Just because JR Motorsports doesn’t have space doesn’t mean Joe Gibbs Racing, Team Penske or anyone else won’t have room for a big name.

Loyalty ! It’s the only series these been offered a ride in. Where else is he going to go.

as Trump would say… “Wrong” ! He has been offered numerous rides in Cup and Busch – Nationwide – Xfinity or whatever the flavor of the day was in that “lesser” vanilla Series. And look where he is today… going after Championships year after year rather than look for a ride in the 90% some teams who have started with a bang simply to shutter a year or two later. #LifeDecisions …