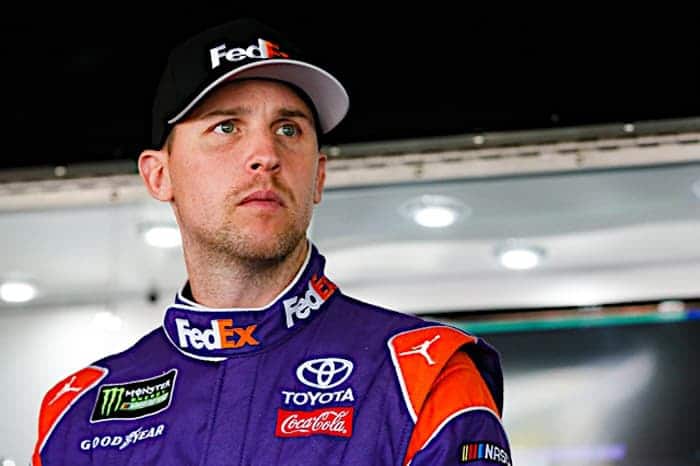 Since the dawn of NASCAR, the sport has thrived on rivalries. Donnie Allison and Cale Yarborough; Jeff Gordon and Dale Earnhardt; David Pearson and Richard Petty.

Many say these types of exciting rivalries been missing in recent years. But a rivalry doesn’t just start overnight, or with one incident, and it doesn’t end that quickly either. One wreck and retaliation does not a true rivalry make.

The first part of the recipe is differences. That can certainly mean differences on the track, but it can also mean personality clashes. On-track differences are easy to define; they start with an incident and build from there.

Personality, though is often part of the picture. The biggest rivalries in the sport have often featured a quieter driver and a brasher one, one who’s smoother and one more rough-hewn, one tactful one and one who’s blunt.

On the other hand, it is not uncommon that two drivers who, at first glance, may seem very different, are not so far apart after all.  Often the biggest rivals are between those who are remarkably similar on track. Yarborough and Darrell Waltrip were fierce rivals because both were such fierce competitors on the track. The same goes for Earnhardt and Gordon. Their personalities were very different, as was their driving style, except that both were as aggressive on track as they come.

A rivalry can’t brew where one driver isn’t willing to be the aggressor once in a while. One who won’t use the bumper isn’t likely to incite the emotion needed. One who won’t stand up to another is not a rival; he’s a doormat.

It’s about racing for the win. It’s also about racing for every position, especially if it’s against one another. There’s no other person in a race a driver wants to beat more than a true rival.

As much as fans would like to see a rivalry spring up overnight, it doesn’t work that way.  Denny Hamlin and Chase Elliott are not suddenly rivals. That doesn’t mean that Elliott won’t get even for getting punted at Martinsville, but even if he does, that doesn’t make it a rivalry. Those build over the course of a season — maybe even several.

Perhaps the biggest key to a real rivalry is respect. A rivalry isn’t about wrecking the other driver. It’s about beating him outright.  There may be a few tangles along the way, but ultimately what makes a rivalry is racing, not wrecking. Rivals don’t spin each other out every other week. As racers, they don’t want to beat the other guy by taking him out. They want to beat him by outracing him.  It doesn’t take much skill to dump even the best driver on the track. It takes real skill to beat him.

Does NASCAR lack a real rivalry lately? Well, yeah. It seems like no pair has all five of the required aspects between them. That’s a shame because the sport only benefits from real rivalries, and real rivalries can’t be faked. They need to grow naturally… and one of these days, one will.

Too bad there aren’t tire irons in the pits any more.

For awhile, the #2 vs everybody was brewing, but i think that stopped after Quiet Kenseth went nuts.