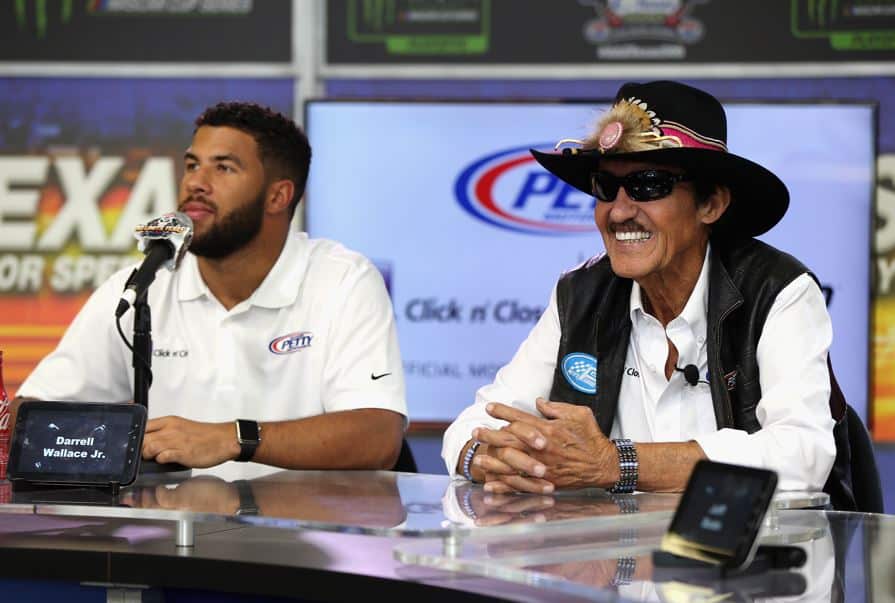 Richard Petty Motorsports announced Friday afternoon a new three-race sponsorship in 2018 for the No. 43, to be driven by Darrell Wallace Jr. The sponsor will be Click n’ Close, the digital division of Mid America Mortgage, Inc.

The deal begins at the Daytona 500, with other races at Phoenix and Texas.

Though the manufacturer was not specified in the announcement from the team, RPM will not switch to Toyota for next season, and the team tweeted a picture of the purple car as a Ford Fusion.

A BIG thanks to the Click n' Close team for joining our team in 2018. Cool looking car. The Power of Purple! #NASCAR pic.twitter.com/y7QoXYFu7F

The only other known 2018 sponsor for the team is Grunt Style, a patriotic apparel company, in a deal which was announced in September.

Additionally, Click n’ Close has been named as the Official Mortgage Provider of NASCAR.

Wallace has driven in four Monster Energy NASCAR Cup Series races for RPM this season, filling in for an injured Aric Almirola, with a best finish of 11th at Kentucky.  He was fourth in XFINITY Series points before his Roush Fenway No. 6 team was shut down mid-season.

Lets see, no shop, not sure what manufacturer they will be running, and two sponsors nobody ever heard of. What could possibly go wrong?