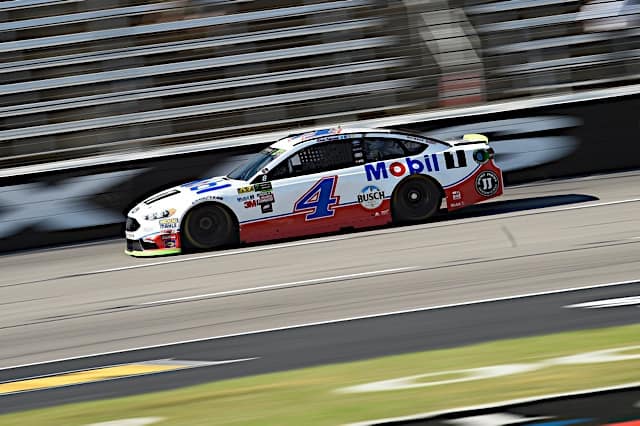 DraftKings’ daily fantasy NASCAR heads to Texas Motor Speedway this weekend for the AAA Texas 500. This is the second event in the Round of 8 in the Monster Energy NASCAR Cup Series playoffs. The green flag flies Sunday afternoon at 3 p.m. ET on NBCSN.

Alternatively, for the middle to back end of lineups, it’s crucial to find someone who performed poorly in qualifying and could work their way up the field for those coveted position differential points.

Harvick qualified third for the race on Sunday, and is one of the top dominator candidates. In final practice, he was eighth fastest in single lap speed, but posted the third best 10-consecutive lap average of the 23 eligible drivers. His long-run time was better than both Denny Hamlin and Kurt Busch, the two drivers starting ahead of him.

This will turn out to be a similar situation as Charlotte a few weeks ago. Hamlin started on pole and led the first 40 laps. Harvick muscled his way up from the third starting position and took over right after the 50-lap mark. He ended up leading 149 laps, the most of the race.

Texas is one of three tracks on the series schedule that Harvick has not won at joining Kentucky and Pocono. Even though he has yet to find  Victory Lane, he has six straight top-10 finishes, including three top-three campaigns.

Harvick started on the pole here back in April and led 77 laps. He has recorded at least one lap led in six of the past seven Texas races. Harvick will be a top contender for the win, one week before the series heads to Phoenix, his best track.

Elliott was one of the handful of drivers that did not pass pre-qualifying inspection on Friday. As a result, Chase will have to start 34th. Barring any mayhem from the other Round of 8 drivers, he will need a win at Texas to keep his championship hopes alive.

Of the three big named drivers starting at the back (Joey Logano and Matt Kenseth the others), Chase has the greatest potential to gain the most positions. He was sixth, fifth, and 14th fastest in the three practice session leading up to raceday.

He finished ninth here in April after starting 33rd. This breathes hope into what is on the horizon for the young driver this weekend. He showed patience in this situation in the spring, and there is no reason he can’t do it again.