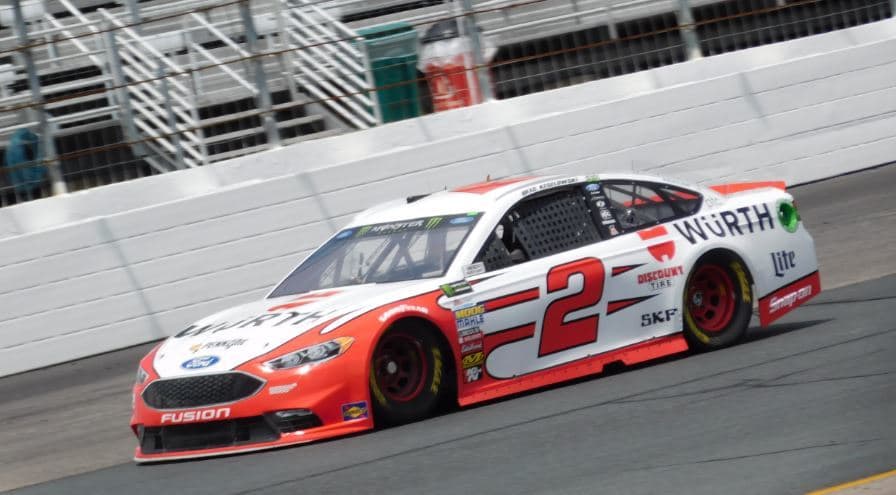 Signing a multi-year extension with Team Penske, Würth Group will return to Brad Keselowski‘s No. 2 Ford Fusion in 2018. Würth has been the primary sponsor for Keselowski on a part-time basis since 2014. The sponsor made it’s debut with Keselowski at Fontana in 2014. Würth will sponsor Keselowski in three races next season beginning with Auto Club, then Dover in October and ending with Texas is November.

“Our relationship with the Würth Group has been successful and mutually beneficial on many levels and we look forward to continuing our growth together into the future,” said Roger Penske in the team release. “They have been able to leverage their partnership in many ways, including customer and employee programs at the track. Würth is a terrific partner, not only for our race teams but also across all our businesses. We are excited about continuing to win with Würth both on and off the track.”

Keselowski took a Würth-sponsored car to victory lane for the first time in 2015 at Auto Club Speedway. The signature Würth red and white paint scheme has been seen 13 more times since it’s debut as a primary sponsor in 2014. It debuted with the team in 2012 as an associate sponsor in the XFINITY Series before moving up to an associate sponsor the following year.

“The Würth Group is excited about our continued alliance with Team Penske,” said Executive Vice President of the Würth Group, Thomas O’Neill. “Team Penske is a premier partnership of which the Würth Group is proud to be a part of. This relationship is an overall benefit to our customers, companies, and the Würth brand in the United States. We are looking forward to an exciting year ahead.”

The Würth Group is a manufacturer of a number of products with applications in the automotive industry. Products that the Würth Group manufacture include wiper blades, chemicals, fasteners and adhesives.

The announcement comes just a few days after it was announced that Discount Tire would become the primary sponsor on the No. 2 in 10 races next season.