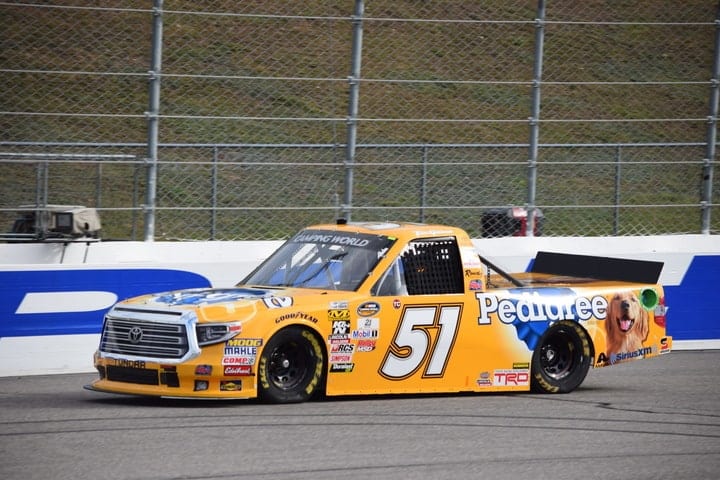 One race remains in the NASCAR Camping World Truck Series Round of 6 to decide who will race for the title at Homestead-Miami Speedway. That elimination race sends the series west to Phoenix International Raceway for the 23rd annual Lucas Oil 150.

There are 30 trucks on the penultimate preliminary entry list. That includes no Monster Energy NASCAR Cup Series regulars and just one from the XFINITY Series, Mike Harmon.

The entries include a number of drivers trying to make a name for themselves. There’s Ray Ciccarelli in the No. 0, running a second entry for Jennifer Jo Cobb; Jason Hathaway in the No. 15 for Premium Motorsports; and Robby Lyons in the No. 49, that team’s second Truck.

A number of veterans are also back in the series this weekend. TJ Bell returns to the No. 45 for Niece Motorsports; JJ Yeley slots into truck No. 63 owned by the Mittler Brothers; and Todd Peck is in the No. 83 owned by DJ Copp.

There’s also a newly-crowned titleholder moving up. Todd Gilliland, fresh off his second consecutive NASCAR K&N Pro Series West championship, will pilot the No. 51 Pedigree Toyota for Kyle Busch Motorsports. Young Jesse Little is in the No. 97, prepping for 2018 plans while the No. 99 MDM Motorsports entry currently has no driver listed.

The green flag for the Lucas Oil 150 is scheduled to fly Friday at approximately 8:49 p.m. ET with television coverage on Fox Sports 1. Daniel Suarez is the defending winner of the event.