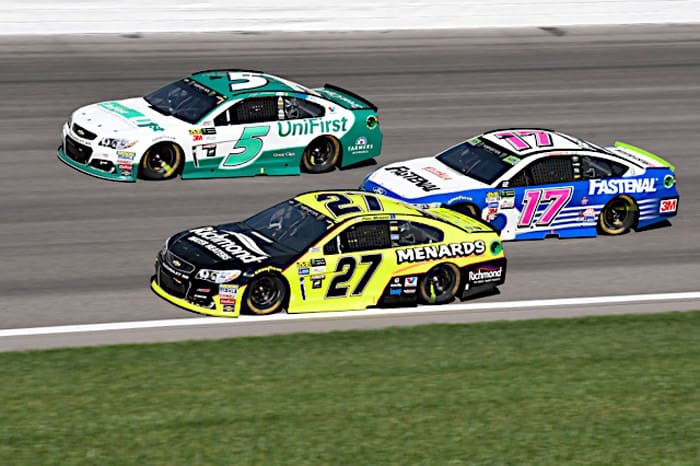 The season-opening Daytona 500 will move back to its traditional President’s Day weekend, a previously announced, and is slated to go green at 2:30 p.m. ET on FOX. A second race at Las Vegas Motor Speedway, kicking off the ten-race NASCAR playoffs and the Charlotte Motor Speedway “roval” in the playoffs are among other schedule changes. Those two races will go green at 3 p.m. ET and 2 p.m. ET, respectively.

“Feedback from our fans, along with insight from teams, tracks and our broadcast partners was key to identifying the most ideal start time for each race,” Steve Herbst, senior vice president, broadcasting and production at NASCAR, said in the press release. “Every race weekend is unique, so considering fan and industry input alongside each event’s nuances allows us to balance interests on all sides.”

The biggest takeaway from the release is eliminating traditional 1 p.m. start times. Next season, there will be zero start times at 1 p.m. The earliest start time is 2 p.m. ET (multiple races), with the latest being 8 p.m. ET (Kansas night race in May).

Roughly half of the points-paying races (17 of 36, to be exact) will see their start time unchanged for 2018. The same number of events will also be on broadcast, with NBC televising the last two races of the NASCAR Playoffs. Watkins Glen, the series’ most popular road race switches to NBC while the Brickyard 400 will go live on NBCSN.

In all, there will be 11 races broadcasted on FOX and seven on NBC. The rest will be on Fox Sports 1 and NBCSN.

As for the exhibition races, The Clash will go green at 3 p.m. ET on February 11. The Duels will follow at 7 p.m. ET Thursday from Daytona International Speedway. In May, the All-Star Race runs at Charlotte Motor Speedway with an 8 p.m. ET start time.

“Feedback from our fans”
Does NASCAR really think we are dumb enough to believe that line?

I was getting ready to say the same thing. What a road of clap. I find it insulting that they think we are that dumb.