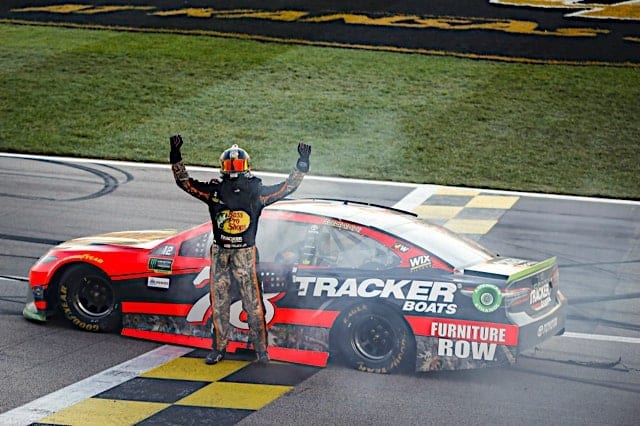 The Monster Energy NASCAR Cup Series blazed a trail into the Lone Star State this weekend for another 500-mile duel. With the playoff spots dwindling, the urgency starts to ratchet up for the drivers still vying for the title. Kyle Busch locked in his spot with his win last week and Martin Truex Jr. has a nearly insurmountable pile of playoff points paving his way in.

Of course, winning is the best way to book your place as a title contender and that’s exactly what Kevin Harvick did. He stalked Truex in the closing laps and used a rare hiccup in lapped traffic by Truex to sneak past. Harvick’s first win at Texas Motor Speedway couldn’t have come at a better time as he pursues his second Cup title.

So now we turn our attention once again to the Power Rankings. As far as our contributors are concerned, there isn’t a better time to reach peak form. What exactly that is varies greatly from one writer to the next. Perhaps it’s keen and accurate observations. Perhaps it’s good posture in the buffet line. Have we made all the right assessments? Or is there a Texas-sized hole in our logic? You decide.