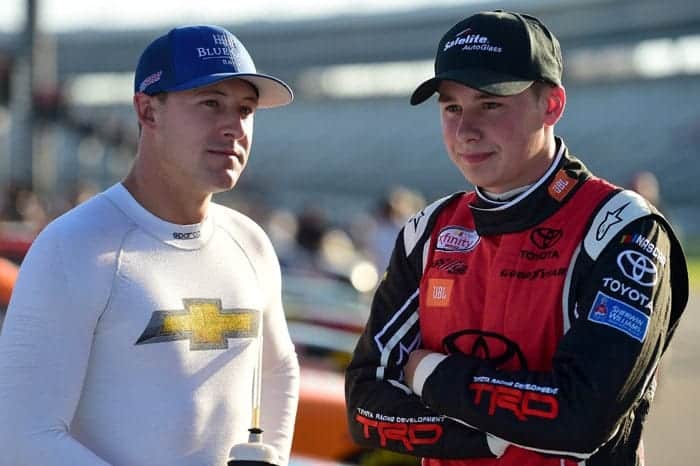 The NASCAR XFINITY Series heads west this weekend to Phoenix International Raceway for the 19th annual Ticket Galaxy 200. It’s their final playoff race in the Round of 8 before the Championship 4 is set to battle for the title at Homestead-Miami Speedway.

There are 40 cars on the penultimate preliminary entry list, meaning the field will be at full capacity barring any entry list changes. The XFINITY Series, despite some start-and-parkers have filled their grid at 40 for every race this season.

Some notable entries include Caesar Bacarella in the No. 8 for BJ McLeod, making his series debut. Journeyman Timmy Hill returns the No. 13 for Carl Long while Joe Nemechek slides into the start-and-park No. 15 for JD Motorsports.

Christopher Bell, one week after falling short to teammate Erik Jones at Texas Motor Speedway is on the entry list once again. He’ll drive the No. 18 Joe Gibbs Racing Toyota while continuing to prepare for a transition to full-time NASCAR XFINITY Series competition in 2018.

The green flag for the Ticket Galaxy 200 is scheduled to fly at 3:45 p.m. ET on Saturday afternoon. Kyle Busch is the defending winner of the event.

Television coverage will be provided by NBCSN.