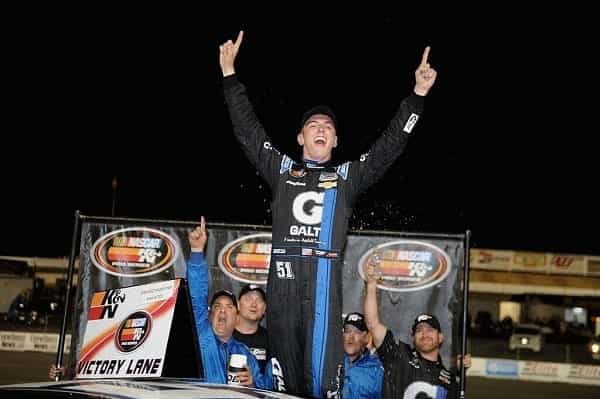 MDM Motorsports announced Wednesday (Nov. 8) that Dalton Sargeant will join the team for the last two races of the 2017 season at Phoenix International Raceway and Homestead-Miami Speedway, driving the No. 99 Chevy Silverado sponsored by Performance Plus Motor Oil.

“I can’t thank all of the great people at Performance Plus Motor Oil and MDM Motorsports enough for this opportunity,” Sargeant said in a press release.  “Phoenix is one of my favorite racetracks, and I basically started my racing career in the parking lot of Homestead-Miami Speedway in 2006 so it’s going to be a really exciting two weeks to close out the Camping World Truck Series season. ”

Sergeant, 19, is from Boca Raton, Fla., and has experience racing in Europe. He was a member of the NASCAR Next Class of 2015, which also included William Byron, Cole Custer and John Hunter Nemechek. Sargeant was the 2016 ARCA Rookie of the Year and finished second in the 2017 ARCA standings with three wins. He has four prior CWTS starts, all coming in 2015 with Wauters Motorsports, scoring two top 10s.

Sargeant’s crew chief will be Shane Huffman. “I’ve watched Dalton the past few seasons and have seen his progression as a driver firsthand, and I think we can help him accomplish his goals,” Huffman added.

MDM has one win in its history, with Darrell Wallace Jr. taking the checkered flag in Michigan International Speedway this August. They are currently 17th in the CWTS owner’s standings, having competed in a part-time schedule.