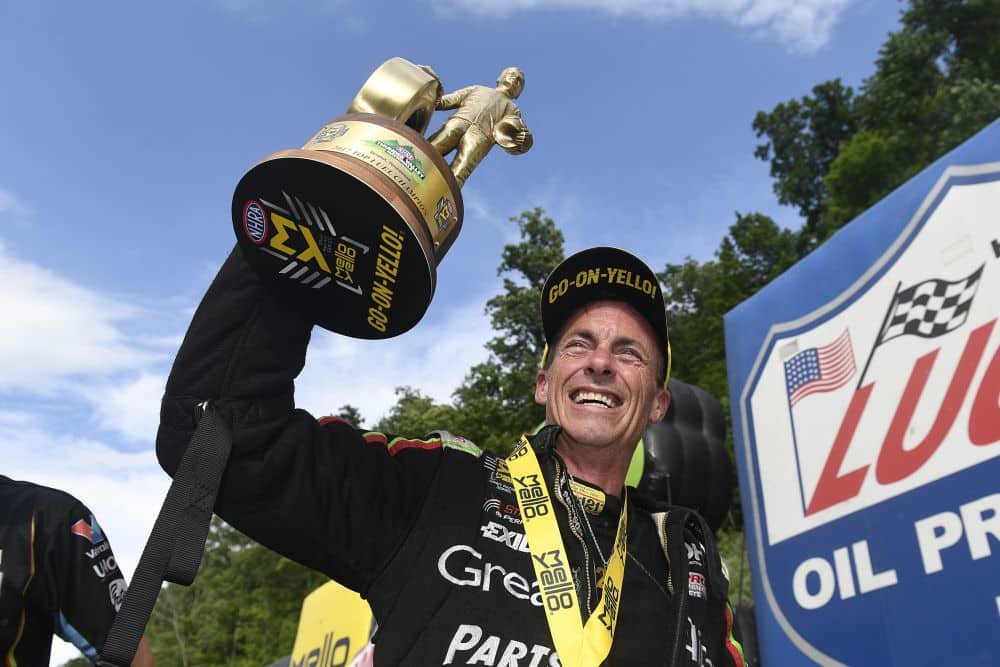 The stage has been set, we’ve already talked about the championship battles, and now all that remains is to go in and fight it out one more time for the big trophies in Pomona this weekend. Once the smoke clears, the world of NHRA drag racing will go quiet as the off-season begins. It won’t, however, be quiet for the teams. They’ll most likely be working on getting ready for next year almost immediately. It will be quiet for the rest of us though as we wait out what always seems like an endless winter break, looking forward to when the cars hit the track again in February.

OK, so it’s really not that long, but it sure feels like it. But that’s getting ahead of the story. This season is not quite over yet. There’s still plenty of action left. Speaking of action, we thought we’d leave you with a little compilation of some of the notable action from 2017. That way, once that long winter’s nap kicks in, if you need a little Nitro (or non-Nitro) fix, you can bookmark this page and come get it here.

Next week we’ll sum up the action from Pomona and from 2017 and then call it a season for Nitro Shots too.

It took Clay Millican and Terry McMillen, long time Top Fuel drivers who always seemed to come up short, a bit more time, but both collected first wins this season too.

McMillen was also among the drivers who found himself getting a little bit toasted around the edges this season.

Jack Beckman and Shawn Langdon felt the heat this year too.

There was this incredible save in Pro Stock Motorcycle.

And this bit of perfection from Bo Butner in Pro Stock.

And finally, we’ll wrap it up with a good old-fashioned burn down in Pro Mod. Who would ever think it would be so exciting to watch cars not move?