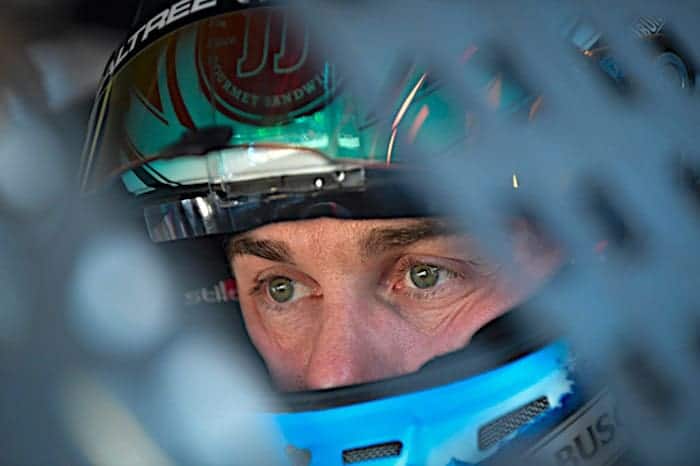 The speed has seemingly rolled over from last weekend as Kevin Harvick swept both practice sessions on Saturday. In Happy Hour, Harvick was quickest with a lap of 26.672 seconds (134.973 mph). Harvick was just over one-eighth of a second faster than second-place Kyle Busch.

Unlike the first session, Chase Elliott was the only one of the eight playoff contenders outside of the top 10 in Happy Hour. Elliott was 17th fastest, nearly a third of a second off of Harvick.

Johnson had the best 10 consecutive lap average in the session. Johnson’s best 10-lap average was at approximately 26.956 seconds (133.549 mph). That average time was less than one-thousandth of a second quicker than Kyle Busch. 33 of the 38 cars all turned ten laps consecutively with four of the eight playoff drivers sitting first through fourth on the chart.

38 of the 40 drivers turned a lap in this session. The only drivers that chose to sit out were Joey Gase and David Starr. Both drivers are XFINITY Series regulars competing in the Ticket Galaxy 200.

Kyle Busch, in addition to having nearly the fastest 10-lap average, turned in the most laps during the session with 68. Meanwhile, Matt DiBenedetto and Erik Jones only recorded 19 laps at speed each.

The Monster Energy NASCAR Cup Series Can-Am 500 goes live on NBC, Sunday at 2:30 p.m. EST, where they will decide who will challenge for the championship next weekend at Homestead.