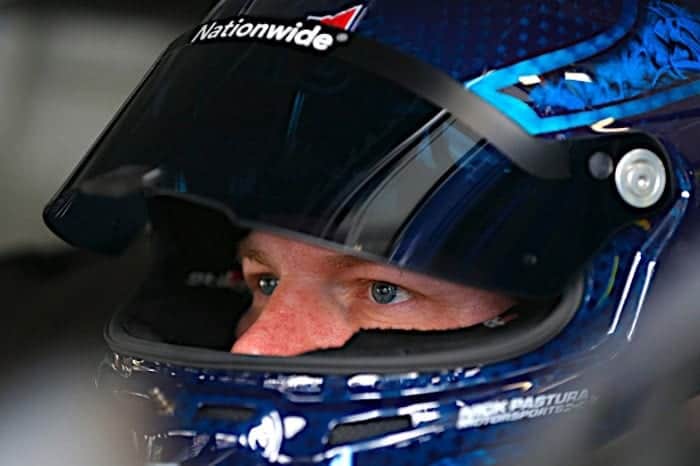 1. One more time around

It doesn’t seem so terribly long ago that we were a few days out from Daytona, with a whole year of promise ahead. In the grand scheme of things, it wasn’t terribly far in the past, but suddenly, irreversibly, the days have grown cold as autumn blends into winter with a cold breath.  Fall this year really felt like fall, not like some years where even as drivers were racing toward a title and immortality, the promise of the next year, maybe a better year, was always tantalizingly close at hand.  Of course, 2018 is really not far around that next (left-hand) corner, but so much is changing that it lacks the familiar comfort of offseasons past.

The turnover of the seasons this year is a turnover of generations, the last one peeling away as the next one breaks through underneath. Drivers as much as anything define an era of the sport, and this era is in its own autumn, and its winter won’t give way to the inevitable spring but rather to a new dawn altogether.

Watching with an honest eye, Dale Earnhardt Jr. didn’t return to the sport the same driver following a concussion suffered last summer.  He’s never been an overly aggressive driver, but the abandon wasn’t there, the fearlessness stripped away too. It wasn’t really a surprise that he decided to step away, not more than it was a surprise that he decided to come back for one more year in the first place.

Had the injury and the doubts won out, his career would have been forever an unfinished story. This way, it was ultimately dictated by the man we all watched grow up before our eyes, in some ways too soon, in others not so very much at all. He wrote his own ending to a career that’s defined by much, much more than the numbers. The time is right, but it still seems far too soon.

But Earnhardt is one of the lucky ones. On the other side of that coin are a handful of other drivers who gave no less than everything they could every week but, despite that, don’t get to decide when to climb out of the car one last time and walk away. At the forefront of that group is Matt Kenseth.

In some ways, Kenseth’s career is inextricably intertwined with Earnhardt’s. They came through the ranks together with the kind of good-natured rivalry that youth allows, hoping to best each other as much as the rest of the field. Both won as rookies, Kenseth went on to win a title while Earnhardt never quite reached that peak. Ultra-consistent, Kenseth was that guy who was just suddenly there at the end of races, week after week, scoring a top five or a top 10 seemingly out of nowhere. That kind of driving made him a champion at a time when it was about being there at the end of every race, all year long, and there was very little luck involved.

It’s fitting that he and Earnhardt will end their careers together, one more race in cars looking so very much like they did all those years ago when they had all those years ahead of them. But Kenseth didn’t choose his own finish line, at least not in the way Earnhardt could. He could only choose to walk away rather than to toil in a car that even he couldn’t make contend for wins. That’s a hollow victory at best. Kenseth and those other drivers who gave everything they had and some they didn’t for too many years for it not to count earned the ability to make the call themselves. Their leave-taking doesn’t feel right.

Meanwhile, the turning of the page is coming at the right time for the sport. As the sport changes itself to appeal to a younger generation, the drivers strapping into the cars in the last year or so are talented, personable and aggressive enough to make a statement on track. Chase Elliott and Ryan Blaney are at the forefront, but Erik Jones, Daniel Suarez and William Byron will make their mark in the sport.

As Jimmie Johnson defined the closing era, someone else will rise to define the new one. It’s a cycle as old as the sport, every sport really, and one that will continue as long as sports do. It’s their turn to step into the spotlight now, their story to pick up and write.  Hopefully, they’ll make a good, long one.

I can’t help but feel like a piece of me will ever remain in this time that we can’t hold onto much longer. We’re about the same age; Kenseth is a few months older than I but in the ballpark. But the thing is, it doesn’t seem that long ago that a brand new day came to the sport and it was drivers like Earnhardt and Kenseth at the helm. I saw their careers begin, along with those of Tony Stewart, Carl Edwards, Casey Mears… and now, I’ve seen them all end. Was it really so long ago?

Watching the painfully touching thank-you from Earnhardt’s first Cup sponsor, Budweiser, I can see the youngsters living the dream I once had and never quite reached.  At the same time, for a moment, those years were stripped away and we were all young again, with all those years ahead. Somewhere along the line, I blinked, because it’s much later now. Where did that time go? How quickly the hours have flowed past, over us all. I know I have some time left to go and laps left to turn, but suddenly what seems like yesterday is so very long ago.

Good article, Amy. The thing that comes to mind when I think of that tribute to Earnhardt Jr, as well as your commentary on those drivers whose careers you watched begin and develop, is where did all that fun go?

Amy… yeah, with every blink another chunk of history darts by us. I can remember the super-birds and the hemis. I remember a brash upstart named Waltrip that only a sport with a big-hearted fan-base would ever forgive and accept. I was awed by Awesome Bill, amazed by Tim Richmond and I held my breath when Swervin’ Irvin made it two and three wide going into the corners. I comforted my heart-broken mom when Bill Helton told us “We’ve lost Dale Earnhardt”. I watched Wonder Boy cry tears into his peach fuzz mustache when he won his first race in Charlotte. Brian France said “Boys have at it” and I laughed because… ain’t rubbin’ always been racin’? I saw great drivers come and go, some without the benefit of walking away with their life. I’m not trying to belabor the obvious, just stating what you wrote but with the perspective of a guy a couple of decades older than you. One day you look back and realize that for all he griping and complaining about how things always seem to change for the worse in Nascar, we’re both still here watching cars turn left with other folks who have done the same for any number of years. And truth be told, we wouldn’t be here if we didn’t enjoy it. I’ve noticed that most of the folks who say they are going to quit watching when so-and-so driver retires are still here too. I’m guessing that we’ll probably be watching right up until the very end, ours or Nascar’s.

Where DID all the time (78 years of age) go? As fan of NASCAR since the early 60’s. I’ve seen a lot of the biggest and best come and go – all part of time marching on. Your remarks about Jr. are well said, as well as your other observations.

As for Jr’s aggressiveness, I saw a change in all that after the wreck and fire that he barely escaped from. There’s no way he should have gotten out of that with his life (thankful that he did), and I think that instinct rode with him in every race after that.

Sadly saying so long to the “old guard”, and looking forward to the next generation of young guns all over again. They are a promising bunch of enthusiasm…

Happy Thanksgiving and Merry Christmas to all us goofy gearheads that love racing, of all types…